Up today for you is a fatastic Artist by the name of David Fergusson!

Worst job you had before breaking into Comics: Not broken in yet, hoping to this year though. Worst job to date had to be a McDonald’s pleb, you’d be amazing how arsey people can get over burgers cooked in 45 seconds

Main Influence: artistically my main influence has been Michael Turner, his work will forever set the standard for me, the first time I saw Witchblade I was stunned, the detail was exceptional. Same can be said for many many others of course, for me though MT’s work comes top of the list.

What have you been involved in?: The only published work I have just now is a single issue I illustrated to go along with the independant superhero movie ‘Nightisday’ written and directed by the very talented Fraser Coull. It was one helluva eye opener and kicked me firmly in the arse for time management, as well as really making me think about page composition, pacing etc. While I class that as a failure, it was the hard lesson I needed to start seriously thinking about illustrating comics.

What got you into Comics: My mum bought me an issue from the Death of Superman arc when I was 2-3, and from then I’ve been reading ever since. I’ve been drawing pretty much since I could hold a pencil, thankfully it’s no longer chicken scratch, however each sketch is a lesson and will all help me in the quest for a career

Favourite Comic moment: Civil War was one of the most enjoyable reads for me, I don’t think I could ever narrow down to a specific favourite moment though

Where can we see you next?: I’m working on my portfolio to be reviewed during the London Super Con, however as soon as I’m back I’ll be working on a series I co-created and self published through Lulu to start with, and take it from there, as they say, best way to get into it is to just do it. There will be a couple previews and I’ll be plugging the book once completed, however I’m always looking for new people to work with, particularly colourists, been dying to work with a colourist, would love to hear from anyone interested, or even just meeting some new people.

Check out David’s work over at his Deviant Art page, it’s Amazing!
http://cyrano17.deviantart.com/ 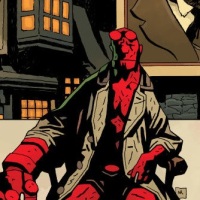 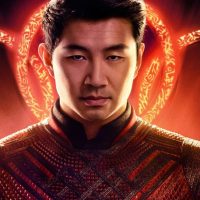