Dynamite have just confirmed that Andy Diggle and Aaron Campbell’s Uncanny: Season Two will be coming our way this April!

Dominic Weaver’s story will continue in the follow-up to the critically acclaimed series as he attempts to find the real source of his mysterious powers, and – as you can see from the official press release below – both Diggle and Campbell are incredibly excited at the prospect of the second season (and rightfully so).

So feast your eyes on the covers, the press release and some of Aaron’s typically impressive interior artwork below, then let us know how excited you are about the return of this fantastic series in the comments. 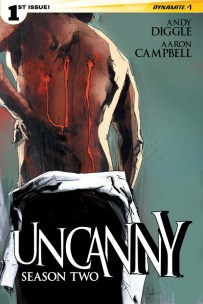 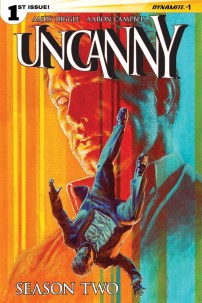 Mt. Laurel, NJ: Dynamite Entertainment is proud to announce that Uncanny, the critically acclaimed and fan-favorite comic book series by Andy Diggle (Action Comics) and Aaron Campbell (The Shadow), will return in the highly anticipated Uncanny: Season Two, slated for release in April. A modern crime noir with unnatural human abilities, Uncanny: Season Two will feature a fantastic covers selection by Diggle’s creative partners on The Losers, Jock and Ben Oliver, as well as a special cover by interior artist Campbell reserved for subscription customers.

Uncanny: Season Two continues the story of Weaver, a man gifted with the supernatural ability to steal knowledge and skills from other people. On the run from authorities and criminals alike, he finds himself used as bait in a high stakes game of cat and mouse. Now it’s time for Weaver to turn the tables on the shadowy organization known as Cadre, as he begins his quest to find the source of his own powers.

Andy Diggle says, “In the new season of Uncanny, artist Aaron Campbell and I rip away Dominic Weaver’s veneer of self-assured cool to reveal the flawed, frightened and conflicted kid hiding beneath it. Weaver has a lot of growing up to do and little time to do it, if he wants to stay alive.”

Reflecting on the new Uncanny series, artist Aaron Campbell shares an intensely personal story. He says, “Is it going to be an exciting and riveting story? Absolutely. Was Andy Diggle a joy to work with? Certainly. Am I eager to see Uncanny back on shelves? Most definitely. But none of that would really do justice to how deeply I was affected by during the creation of what I consider to be some of the best and yet most difficult work of my career. Early last year, just as I was beginning work on Season Two, my family was stricken by tragedy. My father, Richard, was diagnosed with terminal brain cancer. He survived for only five months. My dad was a superhero to me long before I discovered comics, a model of manhood I have always hoped I could live up to. Then I saw the script for Season Two of Uncanny. And there, in the first few pages, was four year-old Weaver, a terrified little boy, losing his wounded father. He’s in footy pajamas with a teddy bear, clinging desperately to his dad after digging a bullet out of his shoulder. Then his dad goes and doesn’t come back and the foundation of Weaver’s life crumbles like clay. From then on, he has to figure it all out on his own. When I shot reference for those pages I used myself as the model for Marcus, Weaver’s father. The tears you will see him shedding on those pages were actual tears that I shed while posing.  I could remember being that scared little boy in footy pajamas held tightly in the powerful arms of my father. This moment was just like that. So now, the work is going out into the world and it must stand on its own. I am glad to have drawn something so very difficult that I am so very proud of.”

Nick Barrucci, Publisher and CEO of Dynamite Entertainment, says, “Uncanny is one of my personal favorite Dynamite projects, a brilliant concept perfectly executed by two immensely talented creators. Andy Diggle is an extraordinary writer, with a long list of acclaimed comics under his belt, including The Losers, Daredevil, Swamp Thing, Hellblazer, and Batman Confidential. As Aaron Campbell stated, this was a very personal story for him, and we wanted him to take his time as it is more important to him than ever before. Aaron debuted his comic career here at Dynamite, having contributed to Sherlock Holmes, The Shadow, Green Hornet, and more, and his skill has grown expontentially over the years. I’m going to be shoulder-to-shoulder with the Uncanny fan base in my anticipation of seeing Season Two in print.” 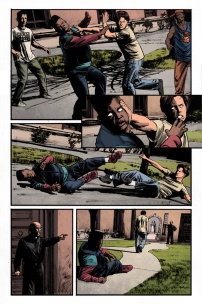 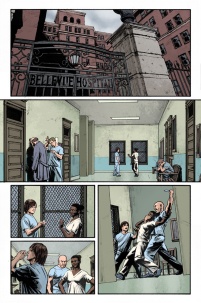 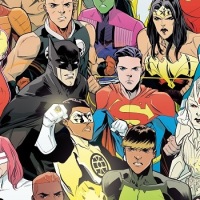 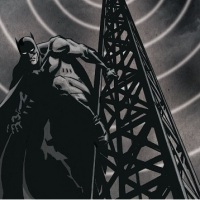