Following on from their well-received statues of Rick Grimes and Michonne, McFarlane Toys have just released details – and some tasty snapshots – of their upcoming Negan statue.

The 16” cold-cast resin statue will feature magnetic pieces for easy assembly, an alternate hand holding a Walker head, and a 360-degree rotating base to help you show it off to its maximum potential. The statues will also be individually numbered, and will include a COA hand-signed by Todd McFarlane.

They won’t be cheap however, retailing in at around $300 when they are made available in March 2016, although for the level of detail – not to mention the size – that’s actually not all that bad, when you compare it to other similar statues.

Here’s the official blurb, followed by some mouth-watering pictures of the statue.

With a twisted sense of humor and a love of power games, Negan has become one of the most feared and respected characters in The Walking Dead. This statue captures the embodiment of his character– lording over his foes crushed beneath him. This foul-mouthed, egotistical badass stands over 16-inches tall with his trusty barbed wire bat, Lucille, in hand. Featuring acute attention to every subjugating detail, the Negan statue was created, developed, and designed by Todd McFarlane and his award-winning McFarlane Toys design group, in conjunction with Robert Kirkman and Skybound Entertainment. 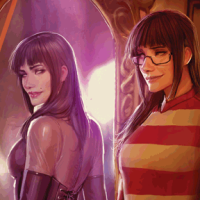