With just over three months to go, we thought this might be a good time to check in with the status of April’s Edinburgh Comic Con 2017.

Following an impressively strong outing in 2016, organiser James Lundy seems to be intent on pulling out all the stops for this year’s event, with a typically eclectic and high-profile assortment of guests from the world of comics, film and television.

The first trio of guests come courtesy of AMC’s hit television show Comic Book Men, with Mike Zapcic, Ming Chen and Bryan Johnson all set to be in attendance at the event on the 15th and 16th of April.   With each man possessing some fascinating and unapologetically direct opinions on the world of comic books, it’s a safe bet that any panels they happen to be involved in will likely be worth the price of admission on their own.

What’s truly commendable about Edinburgh Comic Con (and is something which is rapidly becoming the event’s calling card) is the fact that they tend to think a little outside the box when they’re choosing their guests, frequently straying away from the usual faces who can be seen at almost every event up and down the UK to provide their attendees with something a little different.

All the creators above are acclaimed artists with their own loyal international fan following, and while they may not necessarily be marquee names to the casual comic fan, one quick glance at their tables should be more than enough to win them a brand new legion of admirers in Scotland’s capital city.

Fans of movies and television (so, basically all of us) are in for a treat too, with the likes of Claudia Christian (Babylon 5), Richard Oldfield (Star Wars), Andrew Lee Potts (Primevil) and Zara Pythian (Doctor Strange) all set to be on hand to sign autographs and pose for photographs with attendees.

The SICBA award-winning partnership of Emma Beeby and Gordon Rennie will be there too, providing their typical level of insight and friendly interaction with their fans while signing and discussing their impressive output, including the likes of Robbie Burns Witch Hunter, 200AD and Doctor Who to name but a few.  Oh, and if you’re a grappling fan, the fine folks from the Edinburgh-based Scottish School of Wrestling (SSW) will be on hand throughout the weekend posing for photographs and generally having a blast. 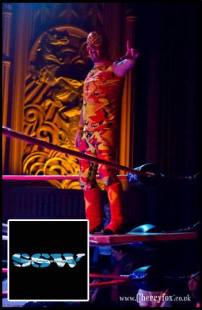 And that’s not all! Because much like last year, the event will play host to a dazzling assortment of vendors and small press creators from around the UK, with self-published comics, back issues, toys, books and geeky jewellery all likely to be on sale.  Last year’s event had a truly unique atmosphere, and hopefully with the minor niggles about the layout (in particular the spaces between aisles) being ironed out this year, we can expect a day of lively, stress-free browsing and buying from all in attendance.

Keep your eyes glued to the page, for more announcements between now and April, and we hope to see as many of your smiling faces in Edinburgh as possible!

Tickets for Edinburgh Comic Con – as well as all the latest details about the event – are available at the Hero Conventions website. 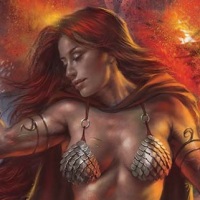