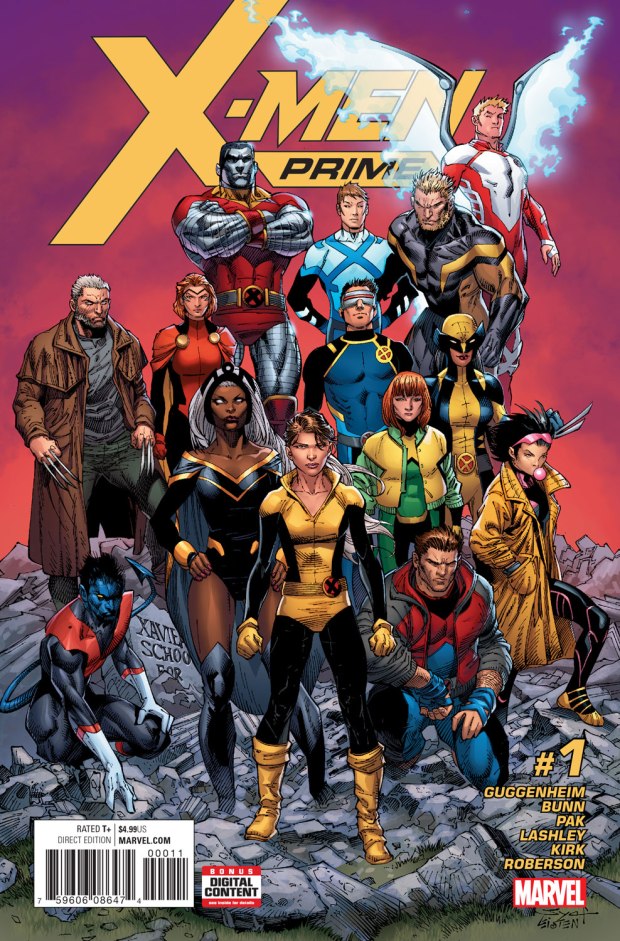 In the wake of Inhumans vs. X-Men, Marvel are releasing X-MEN PRIME #1, an oversized one-shot which will see the Children of the Atom picking up the pieces and taking stock of what has happened as they move on to the next chapter of their saga.

Set for release on March 29th, the one-shot will feature an all-star cast of creators, as you can see below;

– Marc Guggenheim and Ken Lashley will give fans a taste of what awaits them in X-MEN GOLD as Kitty Pride returns home, preparing herself for the challenges of leading the X-Men for the very first time.

– And finally, Greg Pak and Ibrahim Roberson will re-open the Weapon X program!  What secrets lie within, and why are the world’s deadliest mutants being targeted?

If you can’t wait until the end of the month, you can feast your eyes on some of the artwork – including cover variants from Kris Anka, John Cassaday, Whilce Portacio and Elizabeth Torque – below.