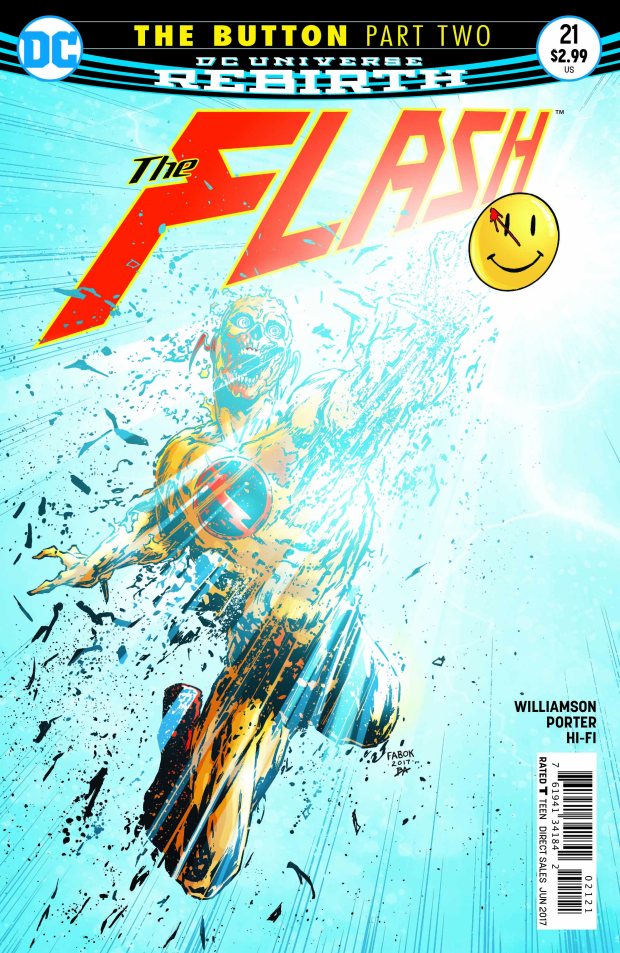 Taking aside the burning issue of whether DC should be playing in the Watchmen sandbox at all (I’m not going there) the real question is…are they doing a good job with it?

The Rebirth special set up the mystery and it’s been a slow burn since, with the odd hint or vague reveal scattered across the DCU, but this is where things finally start moving.

The Button started in last week’s Batman 21, but with it all taking place in the space of a minute, there wasn’t a huge amount happening. Batman got a super-speed beating at the hands of the Reverse Flash, who then disappeared and came back with half his body burned away and very, very dead.

Part 2 though? Part 2 has a lot more going on. Right from the opening page of And aged Johnny Thunder howling for his Thunderbolt and the JSA (yes really) it’s chock full of moments that should have DC fans punching the air.

With Batman beaten to a pulp and Thawne dead by his side, Barry Allen starts doing what he does best, investigating the crime scene from the forensics up, before he and the Dark Knight are led down a path that can only be accessed by the Cosmic Treadmill.

And that’s it. Again, there’s not a huge amount going on, albeit more than last time, but that’s part of what makes this story (and so far, all of the main Rebirth act) work. They’re not in a hurry and they’re not trying to dazzle with “an event that will change everything”. It’s just a good story, well told, with a mystery at its heart that must be revealed. Where did Rorschach’s button come from? And why did it have Barry’s speed force all over it?

Joshua Williamson’s handling of the relationship between Barry and Bruce here is particularly strong, with the two very obviously having bonded over their mutual love of detecting and forensic science, while the little Easter eggs peppered throughout the issue are a real joy.

From glimpses of previous Leagues to the treasures of the JLA trophy room (everything from Sargon and Martian Manhunter’s costume to the Worlogog and the book of Destiny), this is a DC book that’s revelling in its history.

Howard Porter is an ideal choice for art duties here, bringing a kinetic rush to the action and an appropriately forensic level of detail when it comes to the small stuff. He’s been one of the great artists at DC’s disposal since he first stepped up to the plate with Morrison’s JLA, so it’s great to see him handed an important gig like this.

We’re at the halfway point of The Button already, so unless it’s the most unevenly weighted story ever, I suspect we’re not going to get a huge amount of revelations by the end, but that’s ok. This is quality stuff and gripping enough to have you gagging for the next part as soon as you get to the last page.

More of this please, DC. 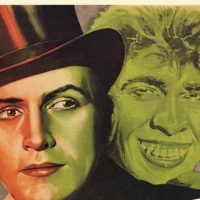