With a twisted take on the story of Noah, the series series sorcerer Shrae being tasked to build his own ark and save the unnatural creatures of the world—creatures like the vampires, the dragons, the naga, and the manticore – from the wrath of God’s flood.

But what will happen on a vessel crawling with monsters, where insidious intrigue and horrific violence are the rule of law?

Speaking about the announcement, Bunn said: “DARK ARK is story about monsters–and I mean almost every type of monster you can imagine–struggling to live together in very close quarters. These are creatures of nightmare and legend, and they don’t get along at all. It’s a murder mystery. It’s packed with intrigue and treachery and double-crossing. It’s the story of one man’s quest for redemption… while helping to preserve the worst beasts in the world. And it’s even got a little romance… some heartwarming, some very disturbing.”

The first issue goes on sale on the 20th of September, and you can feast your eyes on some of the early artwork below. 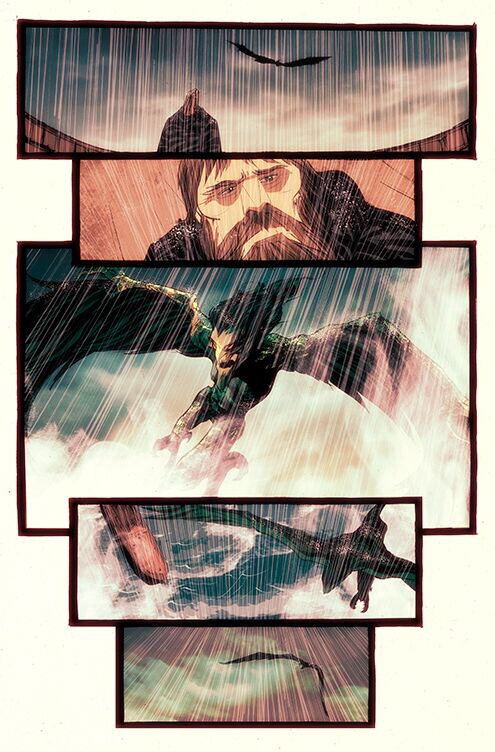