Sooooo you want the winner of the Red Beam Designs Giveaway? Stay tuned!

But in the meantime, you’ll want to read the article below and do the like-comment-share tango to get in on our MAHOOSIVE Xmas Geeky Giveaway, with not one but two bundles of BMG goodness (well, badness 😉 ) to be won!

However, we’re not going to give you the full skinny on the prizes… no yet, anyway.

Mwahahahaha, and so forth. Just be sure to get yourself an entry in the usual way, as per the details below. 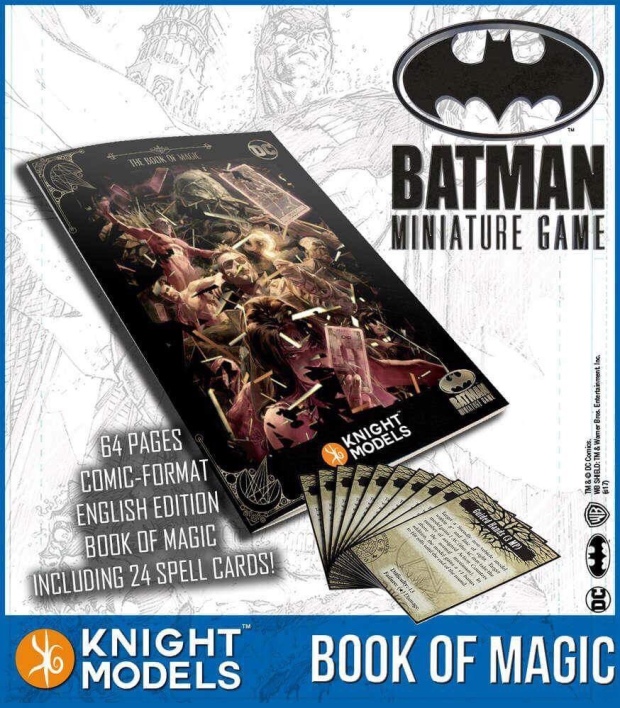 In the meantime, we have a bit of a rundown for you on the game changing new feature of the Batman Miniature Game 2nd Edition.  Magic.

As with the new core rulebook and companion, the magic rules are freely available for download, though a print version will soon be available also. Both heroes and villains gain access to a range of new magical effects and – broadly speaking – they’re terrifying. Unlike speedsters, who are if anything slightly underpowered (though they are less underwhelming in the revised 2nd Edition) as it stands magic users are a bit too good, with relatively little cost associated with their abilities.

However, KM have always adapted to changes in the meta and community feedback, so we may see a change there. Also, all crews have access to a new piece of equipment, the Nth metal medallion, which counters magic, giving protection to at least one of your crew. Irrespective, there’s a whole host of fan-favourite characters now available (for both BMG and DCUMG), with the prospect of new versions of old ones likely also (SWAMP THING!!!)

For the Brave and The Bold, there’s certainly no shortage of choice. First and foremost, they gain a new sidekick – or free agent if you prefer – in the former of Liverpool’s least favourite son, John Constantine. Tough as old leather, lucky as the devil himself, with healing and resurrection magic, he’s a nuisance that your opponent will struggle to put down. For DCUMG, he’s likewise versatile, but more designed to disable key links in your opponent’s team with access to the full range of debuffs. Basically, in either game, he’s a colossal pain in the backside, so they’ve pretty much nailed it.

At similar cost (slightly more, but not much) Zatanna brings a massive amount of magical firepower to the table. Zatanna is rightly extremely powerful, but possibly too potent – so she’s always going to be the target of your opponent’s attentions. She’s just as devastating in DCUMG, and whilst she’s at more of an equivalent power level to many of the supers there, she’s relatively cheap at 11 points.

The double pack of Jason Blood and Etrigan captures not only the essence of the characters in plastic-resin but in game design terms. Within BMG, he is fairly weak until gone, gone, the form of man, but this is reflected in his relatively low cost. But once he arises as The Demon, he is every bit the firebreathing hellspawn you’d hope. Interestingly, he’s comparatively expensive for DCUMG at 14 points, but far easier to take on demonic form. He is very quick, very tough, and will just blast lumps out of people. Not game changing, but a lot of fun.

Of course, it wouldn’t do for the good guys to have all the fun. Enchantress is one of the most expensive characters in the game, and rightly so. Though she doesn’t have a unique blood damage attack, she does have access to a dizzying array of magics, and mind control (one of the most consistently useful abilities in game) means she is almost unstoppable. Equally in DCUMG, she brings both supernatural and mental attacks, with the ability to negate the attacks of other magic users, at a very neat 13 points (filling a much needed gap there for evil teams).

So there you have it! Until next time, make sure to check out the competition rules (and our latest winner) below, and keep geeking out!

To enter our Xmas Geeky Giveway to win not one but two Batman Miniature Game bundles courtesy of our friends at Knight Models, you first need to like Big Comic Page on Facebook.

Once you’ve done that, you can earn one competition entry for each of the following (maximum of 5 entries in total):

And finally, the winner of our Red Beam Designs contest, grabbing himself a Dashboard or Custom Dashboard of his choice, is… Tim Vickerman!  Congrats, Tim! Drop us a line at admin@bigcomicpage.com for details of how to claim your prize.

34 Comments on Graven’s Geeky Gift Guide, part 2: A most MAGICal time of year! 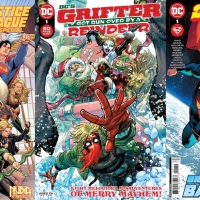 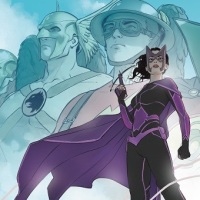 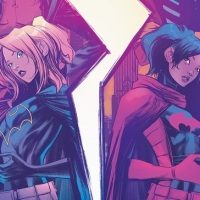