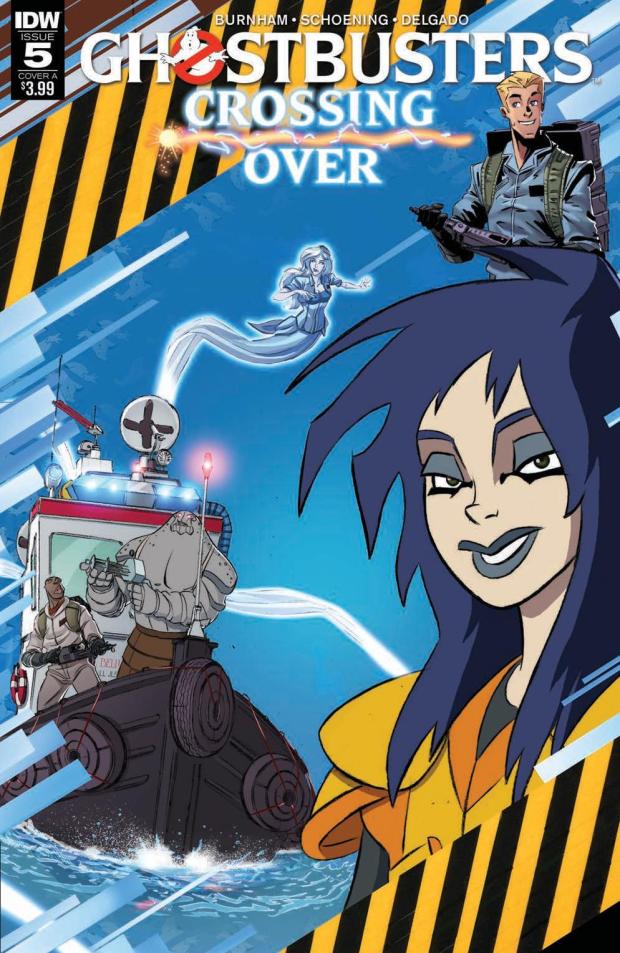 Things have gotten very busy for the Ghostbusters. Due to Ron Alexander and Jillian Holtzmann creating an interdimensional portal, some of the most powerful and dangerous ghosts that the team has ever caught have escaped to other dimensions. With the team’s original portal that they used to help out the Teenage Mutant Ninja Turtles (It’s a long story) the call has been sent out and Ghostbusters from across the 34-year history of the franchise have come together to bust some ghosts.

I’ve been reading Erik Burnham and Dan Schoening’s Ghostbusters run since it started in 2011. I’ve seen this creative team take the team from battling ghosts, to fighting gods, to traveling the multiverse and even crossing over with another franchise or two.

I bring all this history up because it is easily this book’s biggest problem… it is in no way newcomer friendly. If you haven’t consumed everything Ghostbusters related for the last half decade you will be lost, and this book does very little to help that. So, at this point we’re not just asking whether this issue is good, but whether it’s worth the seven years of required reading.

Happily, as a long-term fan I can say yes, I think it is worth it. Erik Burnham knows these characters in and out by now and clearly keeps them faithful while bringing new dimensions to them. Also, I’m happy to report that no one feels left out in this book which is impressive considering the book balances four teams of four ‘busters, a large supporting cast and villains. As well as giving everyone something to do the book does a great job mixing up the teams to get new and fun interactions. If you know your Ghostbusters history, you’ll get a lot out of this.

But the true star of this book is Dan Schoening’s art and Luis Antonio Delgado’s colours. Every team looks brilliant, and with the bright colours, massive hair and slightly odd skin tones of The Real Ghostbusters members it’s as if the ‘80s Saturday Morning Cartoon versions of the characters have entered the real world while still keeping their animation style.  This goes for the other teams too, every style of animation or unique visual quirk is excellently captured making it easy to differentiate them from one another. Along with this each team gets a different styled world in this issue, and from newspaper comic strip to Saturday morning cartoon it all looks stunning.

In the end this book is clearly aimed at those who are franchise die-hards. If you love the Ghostbusters and their history, then you’ll have already started reading this but if somehow you haven’t you really need to pick it up. You’ll find what you always find with this team, plenty of imagination and an absolute love of the Ghostbusters. 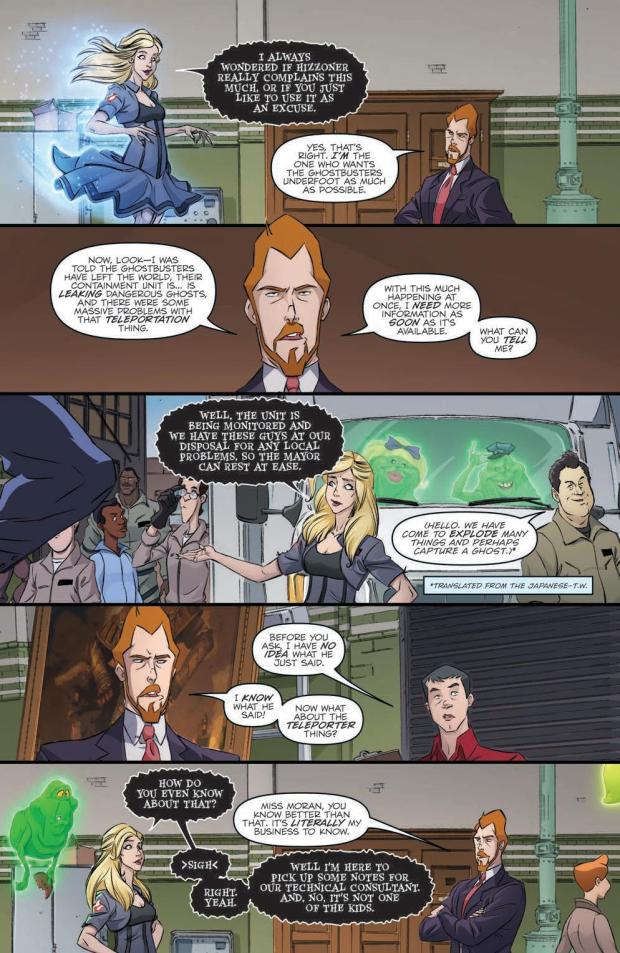