Chris Claremont is a man who needs no introduction when it comes to the world of comics. He was the longest-running writer on Uncanny X-Men and in his time at Marvel has created so many of the characters we love today, as well as making those that had already been previously created into the popular characters we know them as now.

He is also famous for developing strong female roles, and so many of his famous storylines have been adapted into stories for the big screen such as Days of Future Past and The Dark Phoenix Saga. I managed to get the chance to briefly chat to Chris about his career and the work he has done for both Marvel and his other works at the recent MCM Comic Con event in London.

BIG COMIC PAGE: What did you think of the recent documentary about you Chris Claremont’s X-Men, and what made you agree to it?

CHRIS CLAREMONT: I was awestruck, because I couldn’t imagine why anyone would want to talk to me about comics, but on the other hand I got to hang out with Louise Simonson and Ann Nocenti for an afternoon just shooting the breeze which was really cool. I’m always surprised at interviews because on one had the egoist in me says I’m cool, on the other hand part of me is saying I should be at home working on new stuff, and on the other hand part of me is going why am I talking, I sound like a pretentious asshole, all of which are both true and false at the same time!

BCP: You’ve written so many female iconic characters. Why did you specifically write them as female? What was the thought processes behind that?

CC: Because I know a lot of really cool women in my life and why can’t they have heroes? There are more than enough buff alpha men running around in comics, why can’t we have buff alpha women? I know too many in real life.

BCP: One such character was changing Marvel Girl into Phoenix. Her story-line is so iconic and has been made into multiple films since. Why did you change that character?

CC: The use of the word girl in Marvel Girl is inherently pejorative because it’s a girl not a woman, and Marvel Woman to me sounds stupid, it’s too many syllables. On the other hand, the idea of Phoenix was the X-Men were at a certain death situation. Jean shows of necessity to sacrifice herself willingly to save her friends and the man she loved. Then the rule of unintended consequences kicked in. She thought she was going to die but hoped she wouldn’t. She figured it was a legitimate sacrifice if she saved everyone she cared about, which I felt was a legitimate thing for a superhero character or anyone to do for that matter. Phoenix was her coming back and starting over again. As things evolved, moving on to a much higher destiny.

BCP: Talking of Phoenix, it’s being made into a film series again. What elements of that story do you hope will be in that film and in the New Mutants one?

CC: All of them. I understand that films are a different medium to comics, but if one is going to adapt a specific story, arc or character then one should be honest and faithful to the origin. No-one seemed to feel it was necessary to rewrite Game of Thrones, no-one seemed to think it was necessary to rewrite Harry Potter, so why should they re-write X-Men? The stories are written as stories in a certain way where the characters are very specific focused characters for a reason. Don’t undermine that and throw that away just because you come from a different reality and your idea is better. If you your idea is better, create your own characters and your own stories. If you are going to adapt my characters and my stories, do it right. 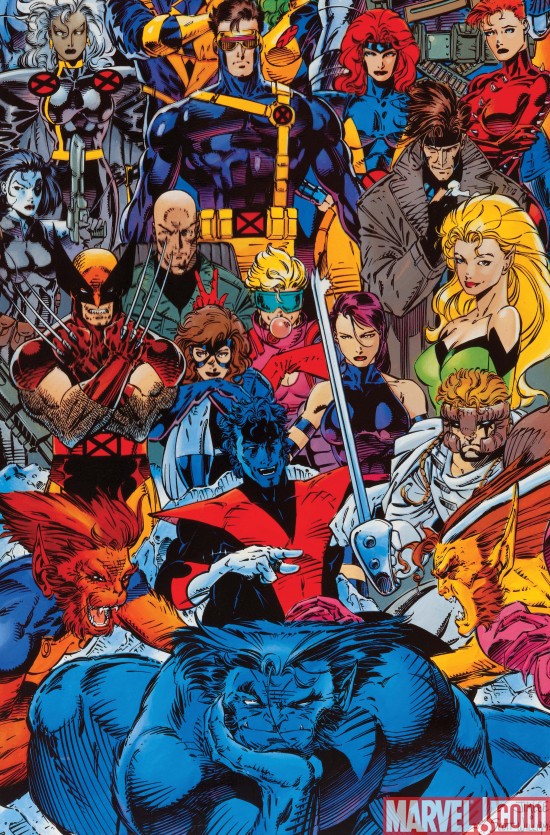 BCP: Wolverine is a very popular character and your run on Wolverine was hugely successful. What do you think it is that still makes Wolverine so popular today?

CC: I don’t know what makes Logan popular today with the audience, but I know what makes him popular with me. He’s the, for want of a better phrase, ‘conscience of the team’. He epitomised the struggle that all of them face from Magneto down to the youngest of the New Mutants between right and wrong, good and evil, responsibility and indulgence. My vision of him is basically an ongoing challenge and confrontation between the yin of the raw animal emotion epitomised by Sabertooth, and the yang of the people I see as his parents who are not the ones that were printed in the comic, one of whom for better or for worse is an angel legitimately. He is the best of beings and the worst of beings and the worst of beings in one person struggling to find a balance.

BCP: You talked about Magneto briefly, and you have recently gone back to his character with X-Men Black. What was it like going back to your old characters?

CC: I didn’t consider him an old character. The challenge with Magneto especially today is he is the only character extent in the current Marvel universe that is defined by a specific unchangeable historical event. He is a product of the Holocaust. You can’t erase him from that. At this point he is basically 80 years old and changed, therefore how he relates to people is shaped by all of the experiences of his life, which is significantly longer than anyone else he encounters. What does that mean, how does that affect him and where does that lead? The Magneto Black story is a step in that direction.

He is the exponent of a specific political philosophy. Mutants should have their freedom and be free from oppression, but that said he is not an evil person. He wants to live in peace with people around him, he just will just often not grant them a second chance if they get in his way. In this instance he does, but what happens next? That is my curiosity and my concern. I only wrote one piece of an ongoing dramatic arc, so I have no influence or ability to shape that arc and have no idea what they plan to do or where they want to take him or what is the ultimate aim. That’s not my department right now, so I just wrote my Magneto as faithfully and honourably as I could, and now it’s time for me to move on.

BCP: You have written novels as well as comics. What do you find is the big difference between writing novels and comics, and how do you approach that? Do you prefer writing comics or novels?

CC: Comics are a collaboration. I’m writing a comic for an artist and I’m writing in in 20 page bursts. When I’m writing a novel, I’ve got to write a 500 page story and it’s got to be good. Doing all the work takes time. A friend of mine when he is writing a novel rents or buys a house and spends three months out there writing a novel, and I haven’t been able to do that. I’ve been staying with my family, kids and walking the dog living a real life, so when I write it takes that much longer. I’m not as fast at writing as I used to be, so it takes more time.

I prefer writing novels in the sense that I own the novels and I don’t own the comics, but I also enjoy the opportunity to work with Dave Cockrum, John Bolton, Carlos Pacheco, Salvador Larroca, Frank Miller, Walt Simonson, the list of artists that I have worked with is to my eye is breath-taking. Who would not jump at the chance to team up with that level of talent on a regular basis. Much less once or twice. I mean I got to write a story with Milo Manara and that’s cool. By the same token, if I’m writing a story for them, I’m working with them, whereas if I’m writing a novel, I’m working with them for myself. It takes longer but for better or for worse it’s all me.

CC: Scads of them, load of them, and hopefully I will. I never got the chance to work with Jack Kirby and that’s a sad thing to me. Life is full of unexpected challenges, sadness, gifts, surprises and fun and I’ll keep trying until I get it right.

BCP: Are there any future plans that you can tell us about?

CC: I’m working on a whole lot of stuff and as soon as it’s in the publishing pipeline I will start shouting it from the rooftops, but I never talk about stuff whilst it’s in progress because that’s a jinx. 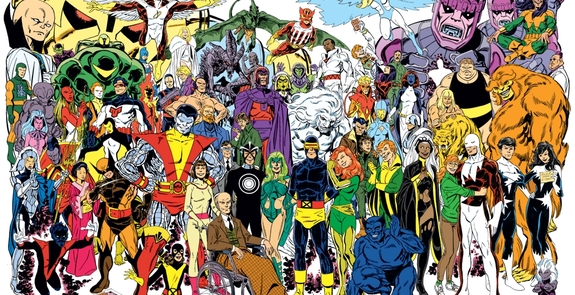