So here we are. It’s the final issue in the run and the end of the road for Canto and his companions. Will he defeat the evil overlord and retrieve a heart for his friend? Who or what is the Shrouded Man? I can’t even hint at the climax or resolution of the story here without spoilers, so I need to do some skirting around.

Back reviewing issues one and two, I was in awe at the storytelling and was more than happy to sing its praises. I was genuinely moved by what I was reading and drew attention to the parallels between Canto’s journey and that of the knight interwoven through each issue. The pay-off here is huge and it’s not often I am caught so off guard by such twists in the tale. However, it’s not just that the ending here is quite so unpredictable, it’s that it’s also so perfectly fitting.

The whole team deserve some high plaudits for being able to create such a formidably emotional story about a small tin man and his Malorex. Zucker et al. maintain their high calibre visuals throughout, but these excel as the action crescendos in this final act. The depictions of Canto and the sorcerer, the Shrouded Man, inspire wonder and dread in equal measure. The crackling pinks and purples working with, rather than starkly contrasting against, the surroundings which again triggers those nostalgic memories of brooding dark menace and the heroes who challenge it. In Canto, there’s more emotion in what others would disregard as a clockwork automaton, than in many other ‘human’ characters on the shelves these days.

It’s fairly obvious that I’ve enjoyed this run immensely so the news that Canto’s journeys will resume has made me a distinctly happy chappy. I spoke of the subversion of expectation before with Canto and I’m pleased that this never let up. I love when you feel that pull from a comic, having the power to move you in ways you didn’t expect. I’m not ashamed to say that I was welling up towards the end and honestly think this is one of those stories that you’ll be able to return to time and again. 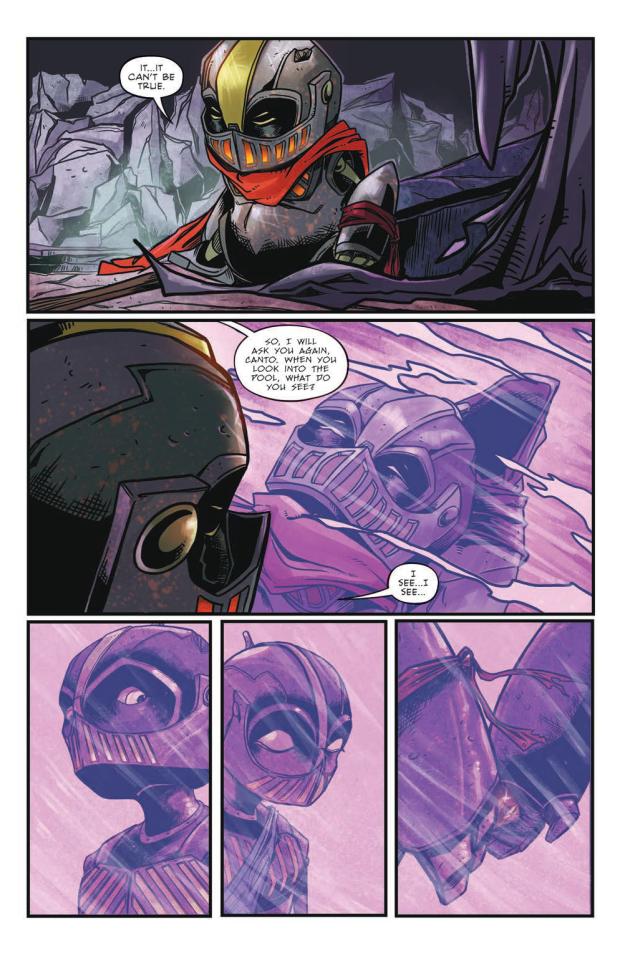