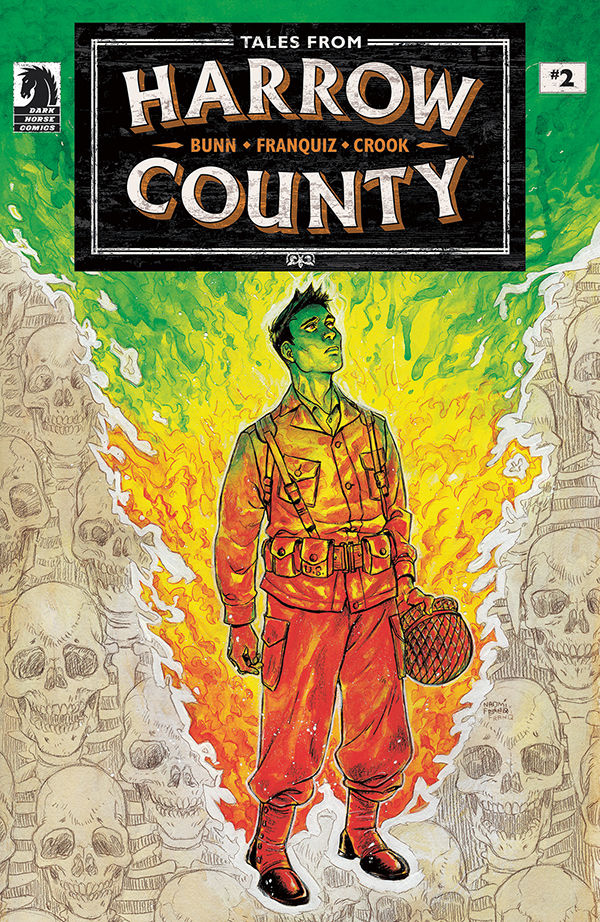 As spirits continue to walk the streets, their numbers growing at a worrying rate, Bernice sets out to find the creature responsible for a brutal murder, while looking for the source and purpose of the haunting music that is calling to all the dead things of Harrow County.

The main Harrow County series was so fantastic that it was always going to be hard to meet the expectations of the readership it garnered. I’ll admit that I had a few misgivings about this series in the first issue, primarily with the artwork, but I have to say that with this second issue pretty much all of my previous concerns have evaporated.

Let’s talk about the artwork first. My concerns last issue wasn’t that Naomi Franquiz’s art wasn’t good, but merely that it wasn’t Tyler Crook producing the artwork. As I predicted in my previous review, by the end of this second issue I’ve become much more appreciative of Franquiz’s art, and I’m enjoying it for what it is. After all, this is not a continuation of of Harrow County, this is a whole new story. It is Bernice’s story, and while a lot of things are very familiar, the changes brought by Franquiz, both to the style and the palette, accentuate and compliment this really well.

Bernice’s world was changed forever during the conflict between Hester Beck, and Emmy, and her own encounters with The Family. The problem is that after Emmy left, the Haints didn’t just disappear, the world didn’t magically become a happy paradise, and the old prejudices were still there despite the number of people who appreciated Bernice’s efforts to put down Kammy and save the lives of those she lived among.

What Cullen Bunn is bringing us in this arc of the story is an older and wiser Bernice, one not afraid to live her own life and make her own choices. While the local sheriff is apparently grateful for Bernice’s assistance with the murders, the new reverend clearly sees Bernice as an abomination in the eyes of god for her dealings with the Haints, and I get the feeling that he’s going to be one of those sneaky, backstabbing, weasels that you really hope gets horribly dismembered by something in the woods.

I’m really happy to see that Priscilla has a place in this story, becoming Bernice’s familiar in much the same way that the skinless boy was Emmy’s. And with her as a guide, Bernice might just be able to find the source of the Goblin Song and put a stop to it. Priscilla forms a valuable bond between the Haints and the folk of Harrow, and while she was quite an important part of the original series, I didn’t think she ever got enough love.

Reviewing a new arc in such a successful series is a bit of a minefield. As a reader that has been invested in the series since the very first issue, it’s so easy to become hypercritical of details, and while I’ve done my best not to be over the last two issues, I know there’s always going to be a part of me comparing what has come before. This arc, however, is very good in its own right, the story is first rate, the artwork is excellent and there is genuinely very little to criticise. As with the last issue, I’ve thoroughly enjoyed this latest outing in Harrow and I’m really looking forward to the next issue. 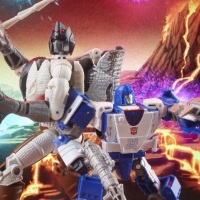