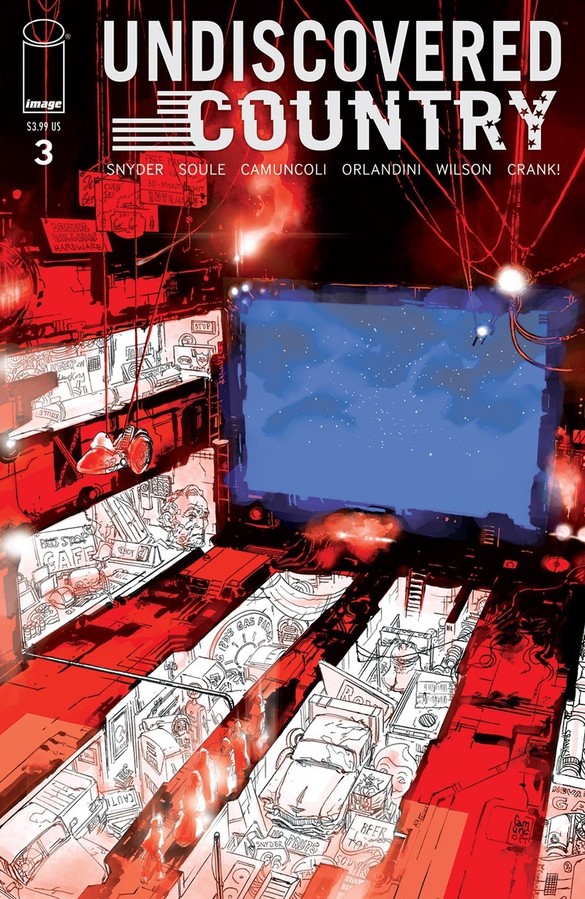 Back in November last year I sang the praises of Snyder, Soule et al’s debut issue of new ongoing series Undiscovered Country. Doing their best to defy description, I pegged this as a post-apocalypt-a-palooza which anyone interested in sci-fi or action thriller would be well served to check out. Flash forward to issue #3 and was my recommendation warranted? Dang right it was!

My hat remains firmly doffed to the artistic team. Everything here, be it lines, colours, panel placement or letters, feels right. There have obviously been hours of work getting it to this point but it never tips over into looking forced. Clean without being clinical, wild and outrageous without ever being sloppy. We all have artists and books which we would rank highly but there are few books with so much joy to observe in every single panel. Joy, that is, if you like giant land sharks and shrimp-like mounts or rad raider stronghold details.

However, as wonderful as a book may be to look at, the story being told, both visually as well as with the written word, also needs to be engaging. Fortunately, Undiscovered Country has this in spades. Having been introduced to the term gonzo in relation to roleplaying settings recently I can see how some may try and attribute this here. Whilst we have so many weird, seemingly disparate ideas here, the more one reads, the easier it is for all of it to mesh into an uncomfortably plausible setting. The suspension of disbelief woven had me so tightly bound up that a man could have come up and slapped me with a fish and I’d have probably accepted it as the new normal.

So, the team of explorers in this new land have encountered Uncle Sam and are aware of the Destiny Man. Pieces of the puzzle seem to be falling into place as we need to find both the key and the lock to allow us to travel along the spiral path. Following on in similar style from last issue we get another member’s potted history delivered in the form of a flashback. This time it’s the turn of the guide Ace Kenyatta and his theories; the proving of which lead to a grim conclusion.

I don’t want to sound too gushy with how much I’m enjoying this series as we’re only three issues in. There’s a potential danger that the style could become formulaic in the delivery of flashback and twist. We can all probably name a few stories that have relied on style over substance as things dragged on. Thankfully, I can see absolutely no sign of this here; further bolstered by the discussion pages which I do love to see in a book like this. Continued thumbs up for the fictitious quotes dripping with satirical intent at the end of each issue. It’s only January but this is setting a seriously high bar for the year to come. 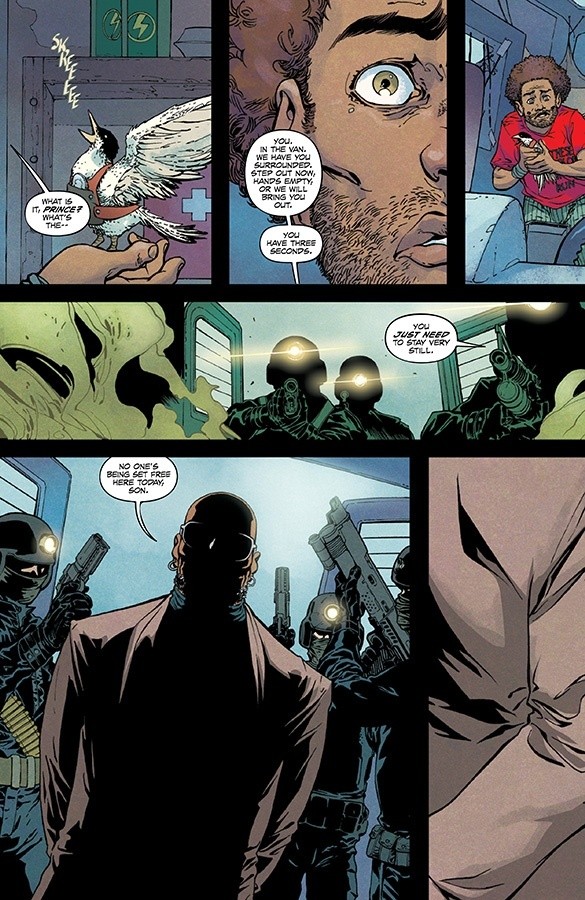 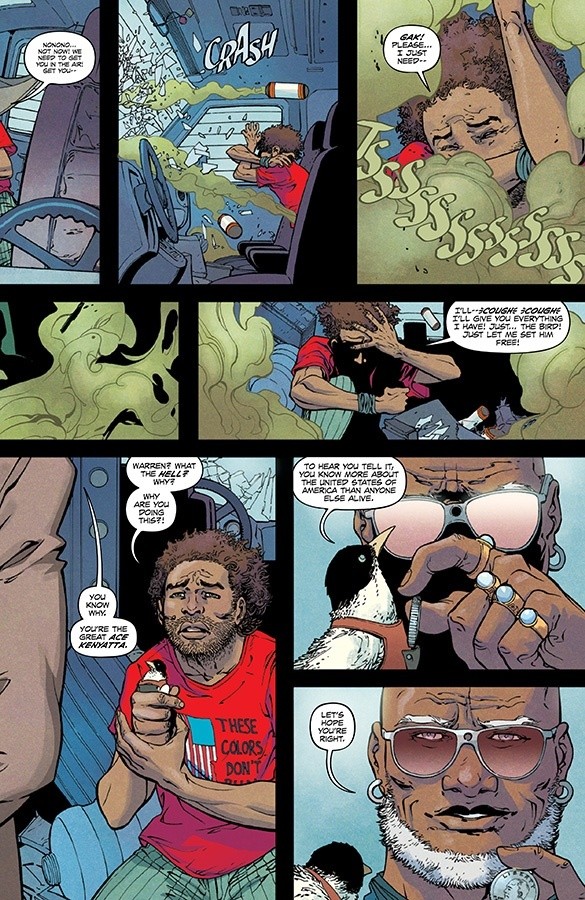