As a wide-eyed youngster taking his first steps into the wide world of comic books, I somehow managed to avoid all the twee, wholesome superhero stories lining the shelves of my local comic shop in the late ’80s and instead found myself picking up J.M. DeMatteis and Mike Zeck’s Kraven’s Last Hunt Spider-Man arc.  And with my only real American comic experience prior to that being Secret Wars (also drawn by Zeck, coincidentally enough), it’s safe to say that my per-pubescent mind was completely and utterly blown from the first page to the last.

For those of you who don’t know, the story sees Kraven the Hunter planning one last great hunt for himself by not only taking down but actually supplanting Spider-Man, proving that he’s more than equal to his long-time adversary by actually donning the mask himself.  He shoots and drugs Spider-Man before burying him alive and single-handedly taking down long-standing and incredibly dangerous Spidey foe Vermin, seemingly proving his claim to be true. 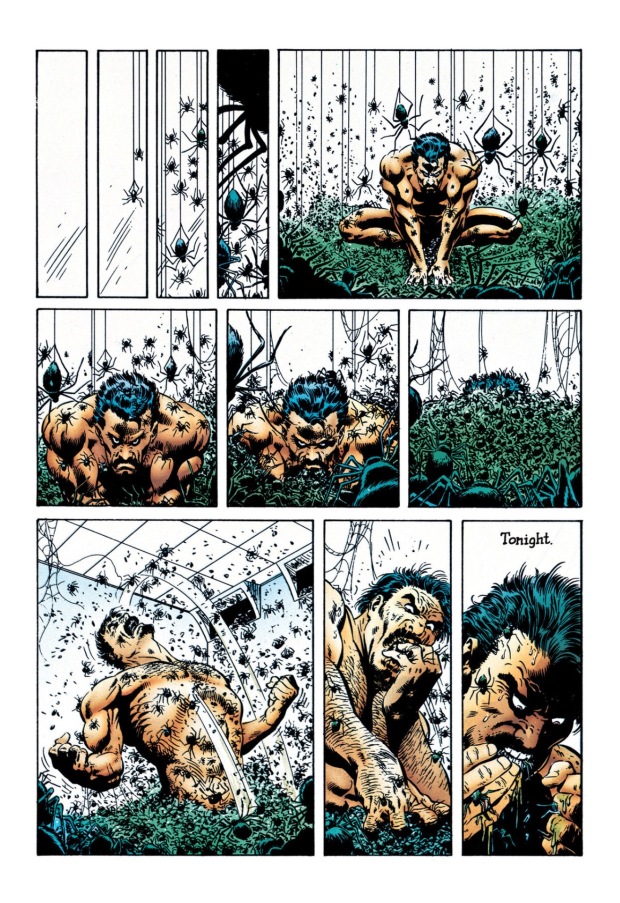