It’s hard to imagine anyone being able to take the popular character of Gary Seven from the 1968 episode “Assignment: Earth” and turn him into an utterly dislikeable, cold-blooded killer within the space of a single twenty-page periodical. But incredibly, Jackson Lanzig and Collin Kelly do an admirable job of achieving just that with their narrative for issue eleven of IDW’s Star Trek: Year Five.

Admittedly, actor Robert Lansing’s slightly emotionless, thoughtfully detached portrayal of Supervisor 194 could easily be misinterpreted as someone who, when working for the greater galactic good, simply doesn’t care about the everyday lives their actions are impacting upon. But such a viewpoint arguably doesn’t withstand the scrutiny of even a single screening of director Marc Daniels’ potential pilot piece, nor the numerous spin-off novels and comic books featuring Roberta Lincoln’s mysterious partner-in-crime, including the much-lauded “Star Trek: Assignment: Earth” mini-series by John Byrne.

Infuriatingly however, none of this fifty-year development appears to have influenced either Lanzig or Kelly, with the comic’s collaborative team instead presenting to the reader an incarnation of the Assigner’s Class One Supervisor who quite mercilessly unleashes a deadly Andorian Nerve Agent into a highly populated U.S.S. Enterprise’s Engine Room and then angrily blames the Constitution-class starship’s security team for subsequently forcing him to shoot them when they try to apprehend him; “I didn’t want to do this. This is your fault… At least it will be painless.”

To make matters worse, the collaborative duo even have Seven crossly denounce the version of himself so familiar to this franchise’s television audience by having him indignantly rebuke Ensign Pavel Chekov for challenging the remarkable change in his behaviour, with the explanation that “The last time I saw you I was new. Now? That’s hardly the case.”

Fortuitously, one thing this comic doesn’t suffer with is poor pencilling, courtesy of Stephen Thompson’s awesome interior artwork and Charlie Kirchoff’s colours. Despite the shift in seriousness of Seven’s demeanour, it is still enjoyably easy to imagine all the subtle mannerisms of Lansing’s on-screen interpretation taking place within the mind’s eye, and even a debatably dreary, word-heavy command review of Mister Spock’s debacle on the water-world of I’Qosa, ably demonstrates Captain Kirk as a man animated by his admiration for his Vulcan friend. 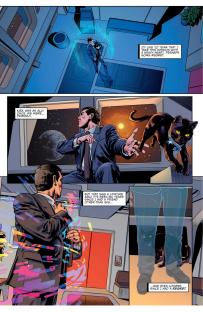 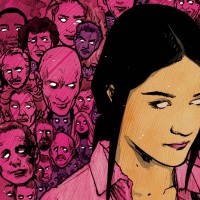 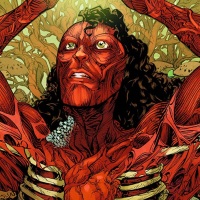