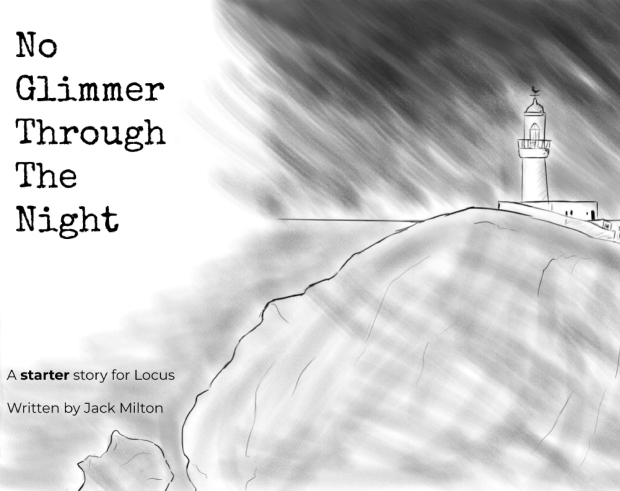 Continuing our Spooktober Spotlight, I bring to you another Halloween horror game. This time, a stand-alone story for the recently Kickstarted Locus system from CobblePath Games (@Cobblepath). If you’ve already heard of, or even pledged for, the Locus campaign then great. If you haven’t then fear not, you don’t need any prior experience to get started here. Written and designed by Jack Milton and Steph Williamson, Locus focuses on, “personal horror, exploring themes of guilt, morality, and mystery.” Sounds like just the thing as the nights draw in and the winds grow colder…

No Glimmer Through The Night is based on, or maybe more appropriate to say inspired by, the mysterious circumstances surrounding the disappearance of three light house keepers at Eilean Mor. Sensitivity is shown such that this doesn’t seek to exploit the tragic events, merely draw inspiration from the folklore that grew around them. Good to see due care whilst not labouring the point.

So what do you get in this ‘book’? I was given a copy of the pdf for the purposes of this review and was impressed by the layout and overall style. Instead of the traditional portrait ebook format, here we have landscape and I found this pretty easy going using the tablet. Something for those relying on different tech to bear in mind but I wouldn’t think too much of a problem. The traditional two column format remains and with the monochrome pencil illustrations, this read is easy on the eyes.

After a brief introduction to the setting of the Outer Hebrides of the very early 1900s we get stuck into the Locus system itself. As a quickstart, these aren’t the full rules but we’re told more than adequate to run the story. Asides from the book itself, you’ll also need some dice, d6s in sets of three, and a standard deck of playing cards. I presume pen and paper will no doubt also help. 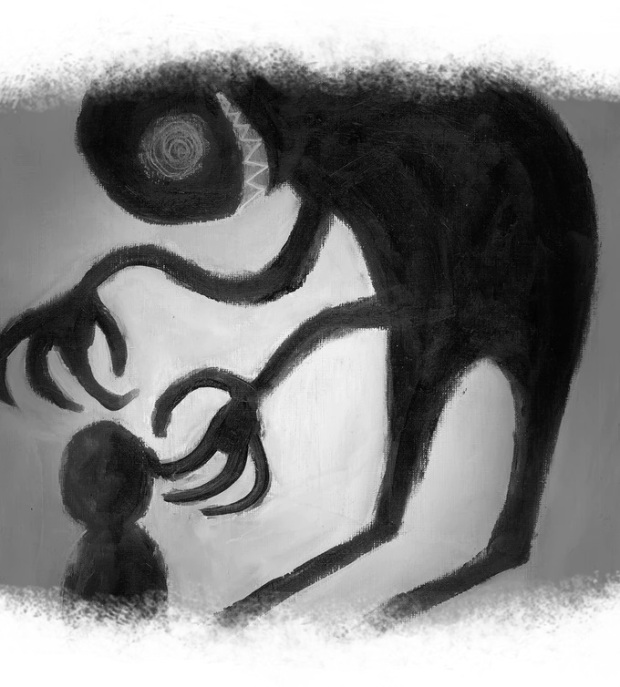 Dice are used to overcome challenges and determine outcomes. A standard outcome check requires a player to roll the set of three dice and compare the result against an attribute best suited to the challenge in hand. The difficulty of the challenge determines which dice result you need to use. A ‘hard’ task uses the lowest, ‘normal’ the middle, and then ‘easy’ the highest. The aim being to roll higher than the attribute in question. Seems straightforward enough. For contested rolls, you roll the set of three and check how many dice roll above the attribute in question. Each dice above the attribute nets you a success. Compare the number of successes to see who wins with a tie going to the ‘defender’. Again, this seems pretty straightforward to get your head round.

So what about the deck of cards then? Well in order to help represent the personal horror of the setting, each player is dealt a hand of three cards. As a player, your hand reflects the weight of the world acting upon you. Over the course of the game you might gain or discard cards; discarding being in your best interest. There are more mechanics behind this but that’s for the Director running the game and I won’t spoil that here.

As previously mentioned, characters have a number of attributes which reflect their personalities and abilities. If you’ve been paying attention, you’ll have clocked that you want to roll above your attribute to succeed. This means that the better you are at something the lower the number. This is done in a nifty style here as the stats are all negative attributes like clumsiness and cowardice; very fitting for a horror game of this type.

To help ‘play’ the characters, each has a goal and a haunt. The characters goals will be both immediate and overarching. A little bit of motivation to help you get started and give a steer as to where the individual wants to be heading. A haunt is a past event that causes ongoing anguish or effects on the individual to this day and might influence how they approach aspects of the unfolding story. Examples given include taking a bribe or covering up their involvement in an accident. I like how these are clear and specific events but the ongoing effects are left to the player. Obviously some will lean into their characters more easily than others but these details will definitely help.

The Story – For Director Eyes Only

A fair chunk of the book is taken up by this section and goes over not only things like the mechanics of the card deck but further clarifies dice roll difficulties and the conflict rolls. Of course, the section also details the key locations on Eilean Mor and the mysteries which the players will need to unravel should they wish to uncover the truth of what has happened, or simply survive to tell the tale.

Having not been exposed to the Locus system or Kickstarter campaign previously, it seemed like some of the nomenclature here hit me a tad unprepared. There is nothing that doesn’t become obvious after a quick re-read though. Based on what I’ve gleamed from this quickstart presented here, I’m fairly keen to check out the full rules at some point later.

I won’t go into too much details on the specifics of the story for those that might wish to play rather than run this scenario. Suffice to say that the locations and mysteries are well presented and straightforward to progress through. Pre-written horror stories are always going to be tough as horror games rely heavily on the play group immersing themselves. The Locus system story design and card mechanic intrigue me greatly and although I haven’t had the chance to play this with a group yet, the structure prevents the need for hefty prep. Things are clearly not as they seem and as well as questioning their own personal morality, the players may find themselves questioning reality itself.

For groups that want to kick down dungeon doors, kill monsters, and steal their treasure, this might not be your cup of tea. For those seeking a bit of horror in time for Halloween and don’t mind a more story driven rules-lite system then Locus and No Glimmer Through the Night might be just the ticket. Although not the full Locus rules, I think there’s enough in here to build on and create other stories if that’s your thing but there’s easily enough for a few sessions or one big extended night of exploring the strange goings on at Eilean Mor. Definitely one for those who prefer their horror with a distinctively folkish hue.

You can pick up No Glimmer Through the Night over at Itch (CLICK HERE) as well as find a number of good resources on the disappearances that inspired the story.