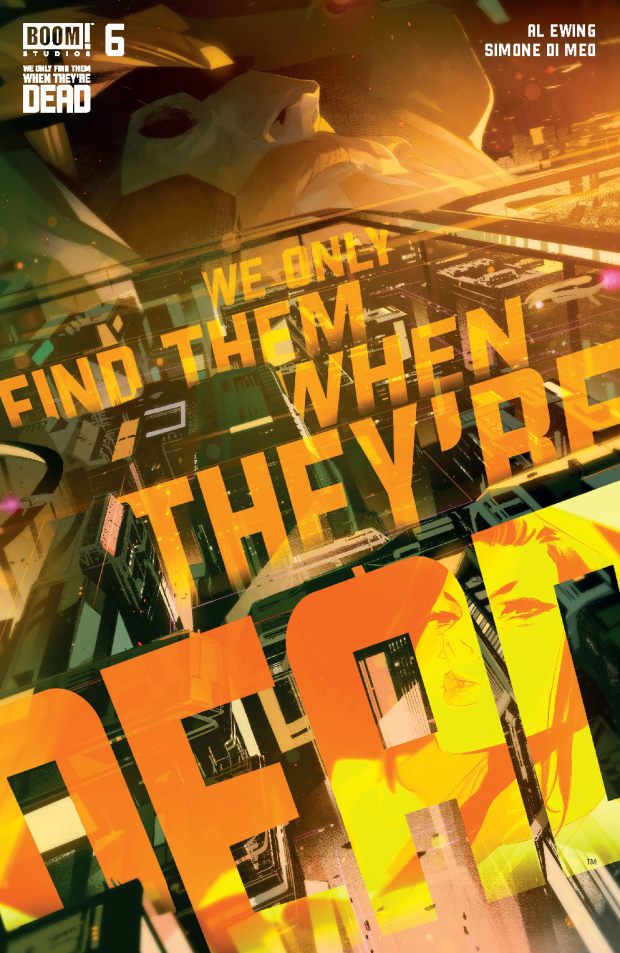 [WARNING: Review contains spoilers for the first arc of the series]

The opening arc of BOOM! Studios’ We Only Find Them When They’re Dead hooked me from the very first issue with its blistering blend of heated vengeance and high-concept sci-fi, and did more than enough to cement its place on my Best of 2020 comic list.  Set in a future where the galaxy’s economy is fueled by the mining and harvesting of giant god corpses found floating through space, it told the story of Georges Malik, the captain of one such ‘autopsy ship’, and his burning desire to find a living god.

The second arc kicks off this week, launching us fifty years into the future to examine the fallout of the shocking cliffhanger at the conclusion of the first arc, where it appeared that Malik himself returned as one of the ‘god corpses’.  And, while it perhaps doesn’t have the same blistering pace and grinding tension as the first arc, series writer Al Ewing and co. slow the pace right down here to focus a little more on the theological implications of Captain Malik’s “return”, and the fractured state of the universe as a whole.

Featuring a brand new cast of characters (for the most part, anyway), this latest issue introduces us to Ambassador Marlyn Chen, an ambitious young woman who is trying to find out a little more about the religious faction which has sprung up to seemingly worship Malik’s hulking, godlike corpse.  As I mentioned, Ewing slows the pace right down here, but his writing is as razor-sharp as ever in gradually establishing both this new world and Chen herself – a woman who clearly has more going on that just what’s on the surface.

Once again though, Simone di Meo remains the main selling point of this series for me with his expressive characters, dynamic layouts, an uncanny knack for scale and some gorgeously ethereal colour work.  Much like Ewing’s writing, the Italian artist’s work perhaps feels a little more restrained here when compared to the frantic, almost dizzying conclusion to the first arc, but his character work really sells the beats of Ewing’s script, and he still manages to throw in a few eyebrow-raising splash pages for good measure.

The team at AndWorld Design also deserve a lot of credit for the distinctive aesthetic of the book, blending slick, unobtrusive world balloons with the unconventional use of text to establish time and place, resulting in an easy to follow visual package.

The impact of the final pages are perhaps spoiled if you’ve read any of the solicitation blurb for the issue, but offers up an exciting new dynamic for this latest chapter in the story as it unfolds.  Obviously I was already fully on board with this one, but I’d defy anyone to make it this far and not find themselves having to know what comes next.

I’ll freely admit that I was initially a little skeptical about how Ewing could continue his narrative in a compelling way following the conclusion of the first arc, but he and the rest of the team simply haven’t missed a beat here, and the shift in pace has added even more depth and intrigue to this already fascinating world.  A richly textured, gorgeously illustrated sci-fi comic that gets my highest recommendation. 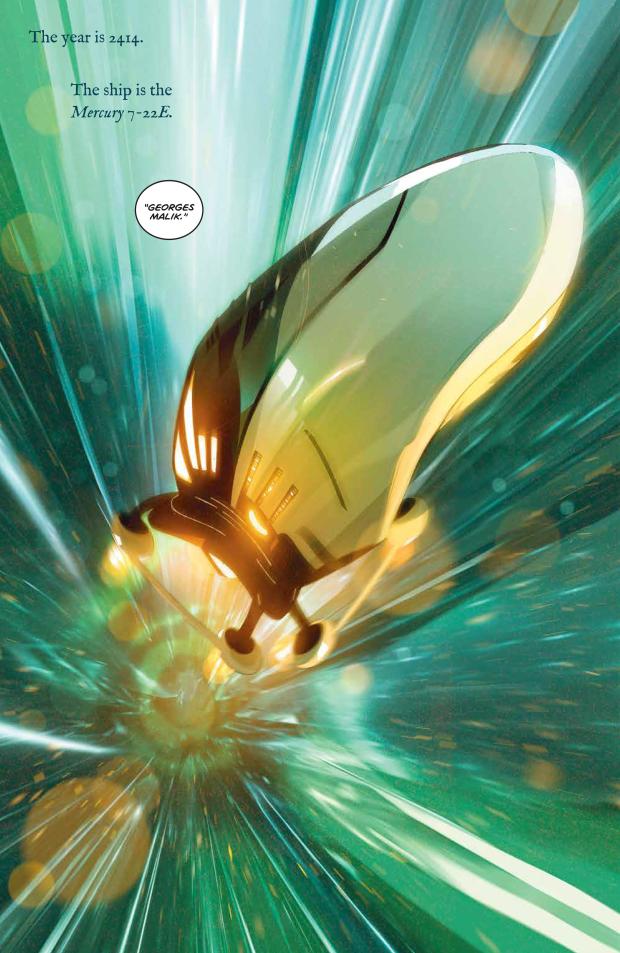 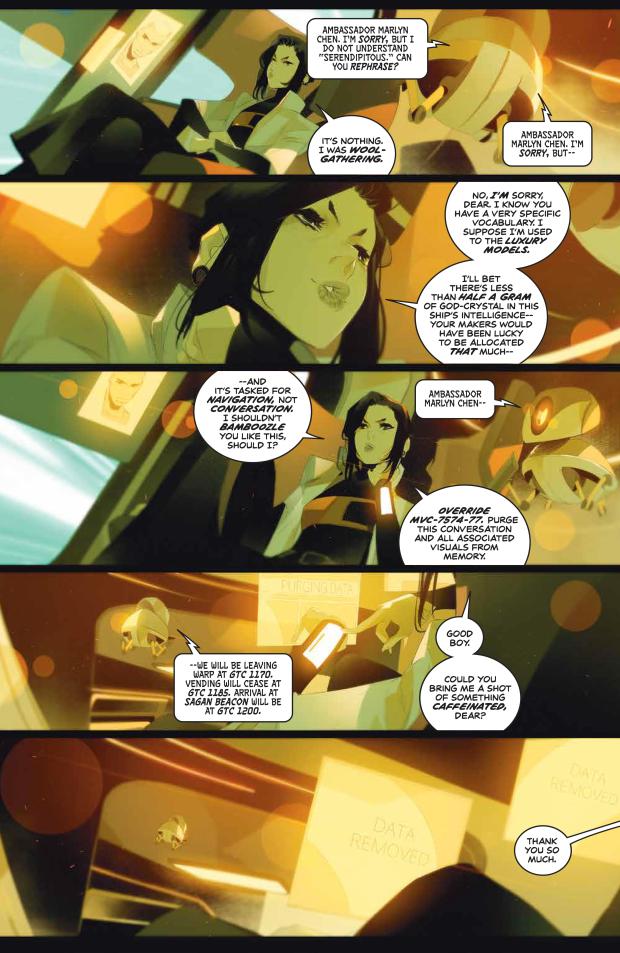 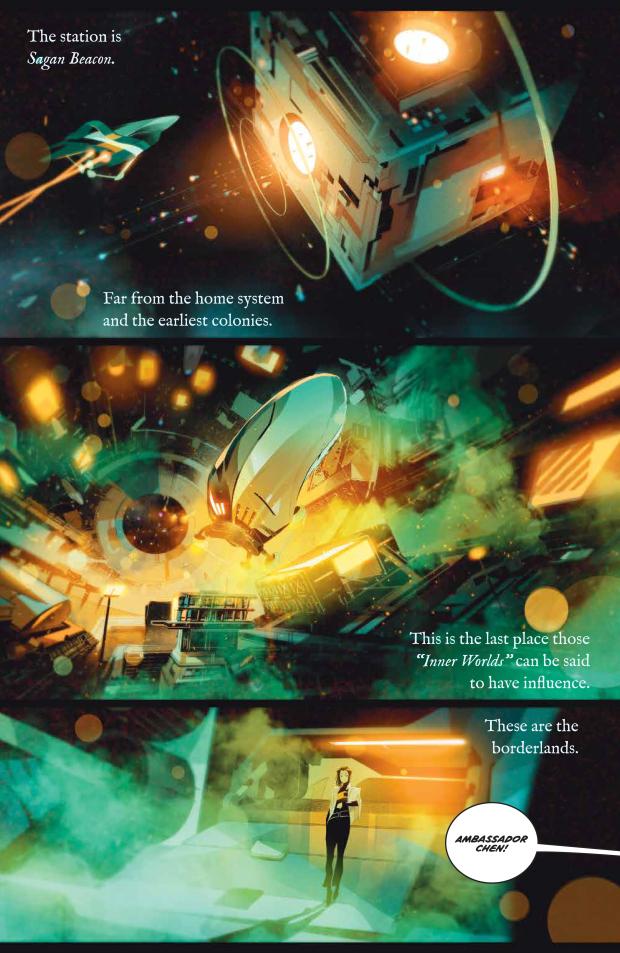 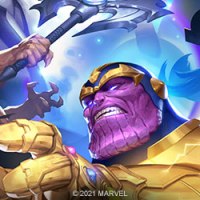