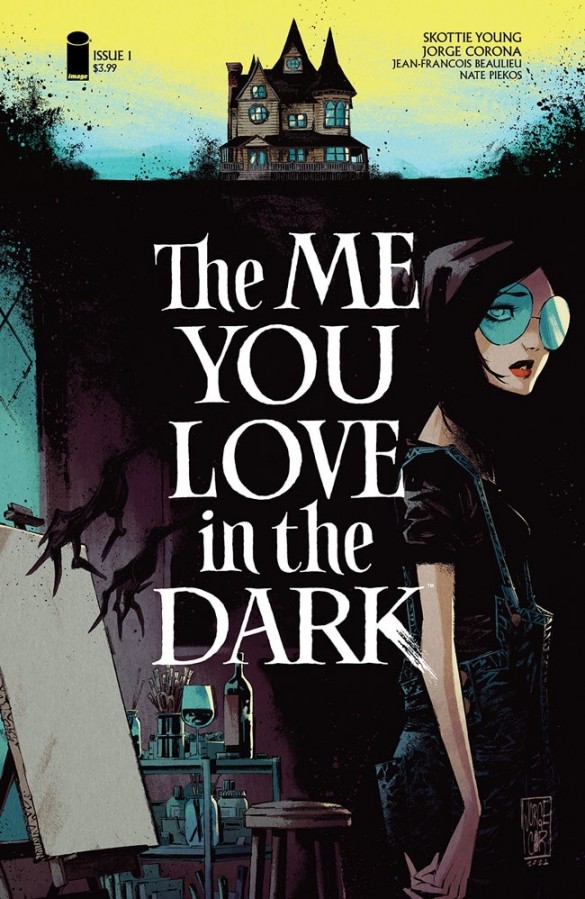 Ahead of its release early next month, we’ve been able to take an early look at the brilliantly-titled ‘The Me You Love in the Dark’ from Skottie Young and Jorge Corona, the creative partnership behind the Eisner-nominated Middlewest.  The first issue of this five-part series introduces us to Ro Meadows, an artist struggling with creative block who moves to a supposedly haunted house in a small town to try and recapture her inspiration.

Young shows an impressively light touch with the narrative here, letting us experience Ro’s growing frustration at her inability to put brush to canvas right alongside her throughout the course of this first issue.  It’s pretty far removed from all-out horror, falling more in the Neil Gaiman “dark fantasy” vein, but there are still some unsettling moments along the way when it’s not entirely clear which tonal path the story is going to continue down.  It’s still a thoroughly engaging read though, with Ro’s isolation and her cynical, one-sided conversation ghost she believes to be imaginary creating more than a tingle of tension as we wait for the inevitable to occur.

I’ve been a fan of Corona’s art for a good few years new, first discovering his work on Feathers at BOOM! Studios back in early 2015. It’s fascinating to see how his style has grown and evolved over time, and his looser, faintly stylised approach here fits the tone of the story perfectly.  The issue is packed with neat visual flourishes, from menacing shadows and double-take worthy background details to the haunting way the music drifts out of the record player, and colourist Jean-Francois Beaulieu deserves a lot of credit for establishing the gradually increasing tension of Ro’s isolated life.

The final pages deliver the meat of the story moving forwards, and while it’s not exactly a surprising destination, the journey to get there is well worth the cover price.  Much like Middlewest, the synergy between Young and Corona is fascinating to watch, and this new series promises to evolve into a hauntingly beautiful tale of fear, discovery and love. 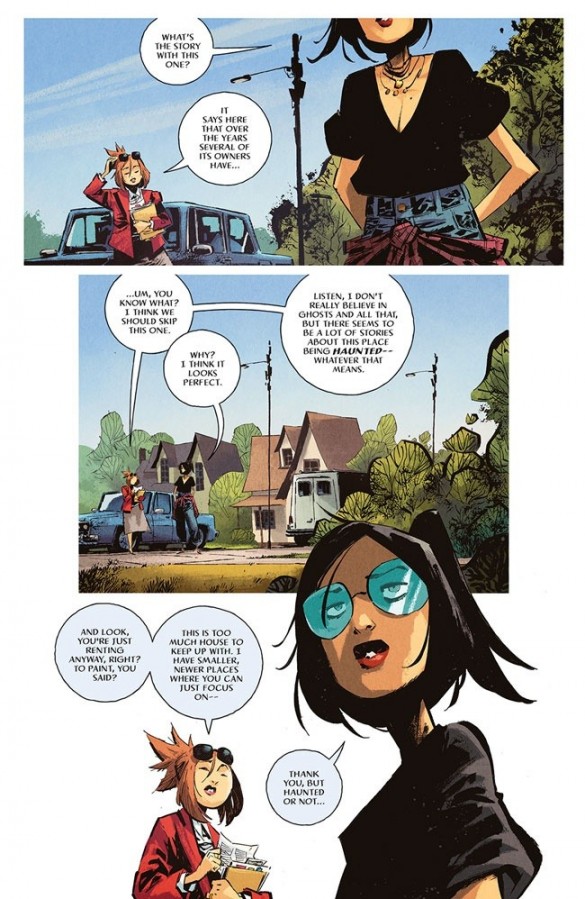 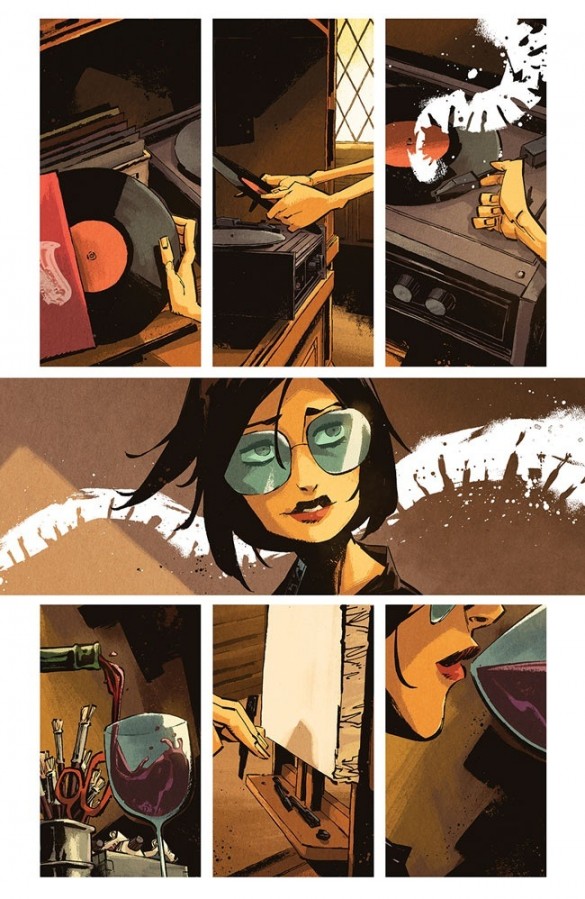