Originally released via Kickstarter back in late 2019, Old Head is an action horror graphic novel based around a retired hard-fouling, elbow-throwing basketball player called Nash Gliven (aka “The Knife”), who returns home with his daughter following the death of his mother only to discover that mama had a few secrets – not least of which is an ancient blood feud with Dracula himself!

Full disclosure before we start, I’ve loved pretty much every single thing Kyle Starks has ever released, and his creator owned offerings always feel like they’ve been perfectly crafted to suit my own distinctive interests and sense of humour.  As such, and taking into account the fact that I’ve already read, and loved, Old Head as part of the aforementioned Kickstarter (OG backers represent!) it’s safe to say that any semblance of impartiality has been swatted right into the cheap seats here.

As always, Starks’ distinctive visual style, irreverent sense of humour and knack for bombastic sound effects (“you lost that loving feeling!” being a personal highlight) is on full display here, but we also get a healthy dose of humanity and some sneaky emotions thrown in for good measure in the form of the relationship between Nash and his twelve-year-old daughter Willie.

There’s actually also a sizeable chunk of this graphic novel that plays things remarkably straight (or as straight as Starks is capable of), delving into mama Gliven’s rather dramatic history, and providing a flashback to her previous run-in with the Prince of Darkness. There’s still some gems of comedic dialogue during these scenes, and a few moments of trademark Starks silliness, but there’s also some genuine peril and rapidly escalating monster movie drama.

On the visual side of things, Starks continues to pack a fantastic amount of detail, motion and emotion into his ostensibly stripped-down style.  There are so many fantastic artistic flourishes along the way that it’d be difficult to list them all, and Starks makes sure to throw in plenty of smaller comedic beats, facial expressions and background details to reward repeat read-throughs.

Every bit as important as Starks’ pencils and inks (or whatever the digital equivalent is) is the colour work of Chris Shcweizer, who adds depth, energy and – in the case of the aforementioned flashback sequence – context to the visual package.  The flashbacks are picked out in shades of red, black and grey, and stand out beautifully alongside the slightly more vibrant, but still suitably murky, colours of the present day.

Schweizer and Starks continue to work together seamlessly and complement one another beautifully as always, and I’d be remiss if I didn’t take a moment to shill the 6 Sidekicks of Trigger Keaton, their latest collaboration at Image Comics, which is currently going into its fourth issue. So good.

The conclusion, while telegraphed fairly early on, is absolutely glorious in its execution, and sees Nash overcoming his personal demons (and on-court limitations) to gain a small measure of closure.

Ultimately then, while it’s not quite in the Kyle Starks “A Tier” alongside Sexcastle or Rock Candy Mountain, at least not for me, this is still a lovingly rendered and downright hilarious genre mash-up, bringing two of my favourite things – basketball and cheesy monster movies – together into a thoroughly enjoyable 120 page read.  Highly recommended.

If you want to find out more about Old Head, make sure to check out my interview with creator Kyle Starks from October 2019 by CLICKING HERE. 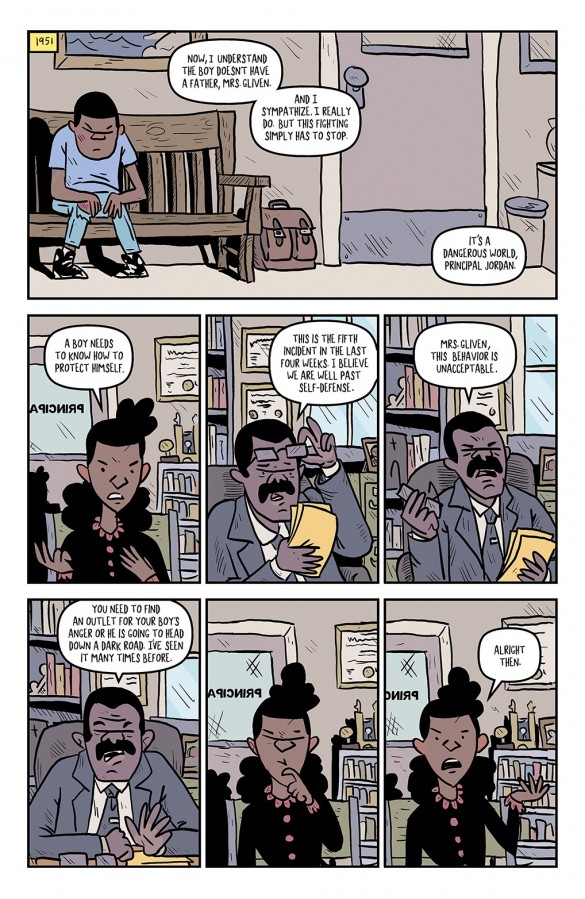 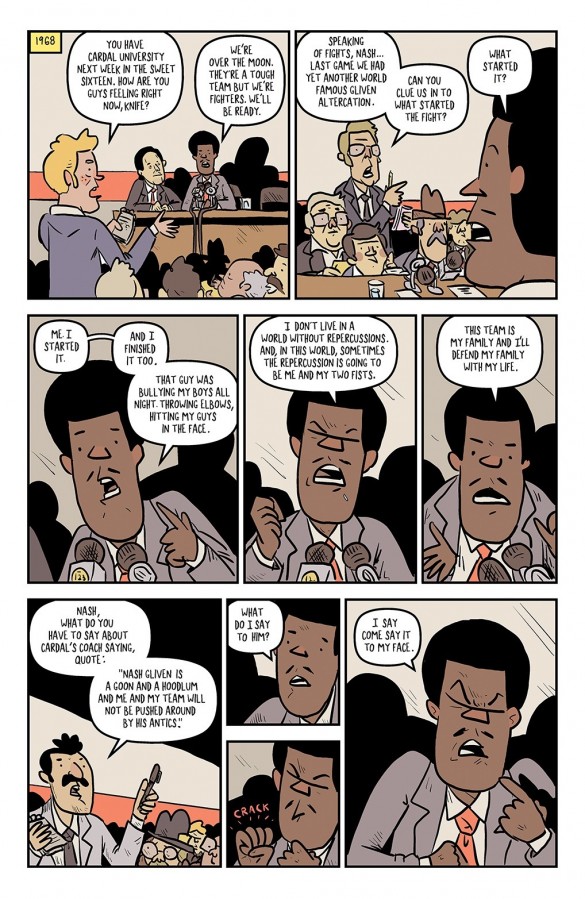