Another miniscule pull list this week, I’m sad to say, although looking ahead it looks like that trend is about to change in a major way.  But for the time being, in spite of the relatively small number of comics being bought, there’s still more than enough ‘good’ (and at least one ‘bad’) for me to share my thoughts with you guys. 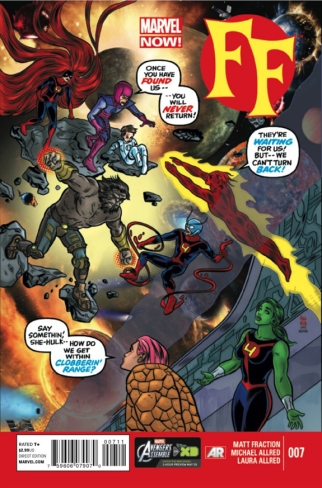 Review: Without any hint of exaggeration, this is exactly what I want from a comicbook.  Matt Fraction continues to use this title to cement his position as possibly the best writer in comics today, as he effortlessly blends both humour and drama while still maintaining the ‘fun’ component that make his books such an absolute joy to read.

A spiritual companion to Fraction’s current run on Hawkeye in every sense of the word, FF continues its strong run of form here as the mismatched group find themselves sucked into the negative zone to face the new-look ‘Frightful Four’ (three?) in what turns out to be an epic, funny and moving battle.  Amidst the carnage, the undoubted highlight of the issue for me is the brilliant character development for Scott Lang that occurs before, during and after the battle, summed up perfectly by a stunningly simple but beautifully elegant ‘tree’ motif.

While their artistic style may not be for everyone, I’m a huge fan of the striking visual approach of the Allreds, and their almost insanely colourful, vibrant pages and creative panel layouts give this title a dynamic appearance that marries up beautifully with Fraction’s offbeat writing.  The overblown, ‘old-school’ style sound effects also help give this comic a wonderful ‘Saturday Morning Cartoon’ vibe, and help set the tone of the book from the moment you pick it up.

However, beneath the razor-sharp quips and rainbow colours lies a comic with a lot of heart, as the protagonists struggle to deal with their own insecurities and troubles in the face of often ludicrous situations.  In a similar vein to the work he has done with Clint Barton, Fraction has made me care and invest in characters I’d previously barely even heard of, such as Lang, Darla Deering and – well – basically all of the kids in the Future Foundation.

If you haven’t picked this title up yet, I urge you to at least give it a look.  I can wholeheartedly confirm that it’s definitely not for everybody, but on the off-chance that it turns out to be ‘your kind of thing’, then I guarantee you’ll never look back.  Some stunning writing and visuals combining to make one of the most distinctive – and fun – books on the shelves right now.

Honourable Mentions: Jai Nitz’ Dream Thief #1 (Dark Horse) brings an interesting premise and some stunning artwork to this new five-part mini series, as John Lincoln struggles to deal with the consequences of stealing an ancient Aboriginal mask.  Also, while taking a slight step down from its first issue, Keith Giffen’s He-Man and the Masters of the Universe #2 (DC Comics) continues to pile on the drama in a far more serious and ‘grown up’ take on Eternia.  Well worth a look, for fanboys/girls and casuals alike. 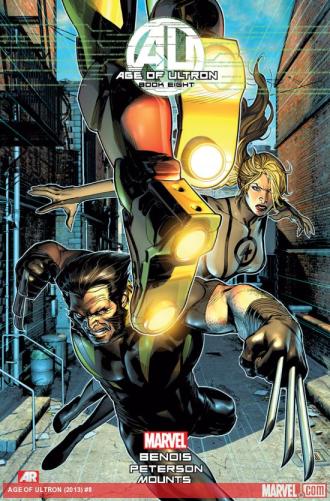 Review: I’m seriously losing patience with this series in a major way, and if it weren’t for my (mildly) obsessive nature, and my desire to not end up with eight issues of a ten-part mini-series, I’d drop this title immediately.  As much as I love Bendis’ writing, the fact remains that this series just can’t seem to figure out what it wants to be.  Starting off as an admittedly intriguing yet incredibly poorly explained ‘post-apocalyptic’ style alternate world tale, it seems to have shifted to a drawn-out ‘What If?’ issue, where we’re expected to invest in and care about characters we know we’re only going to be reading about for a few issues.

And that right there is my major problem with this series.  With the bulk of it dealing with alternate timelines and hypothetical realities, there’s just no real impetus on the reader to actually care about what’s going on.  Yes, the ‘Defenders’ are a fairly interesting bunch, but when we all know they’re going to be gone forever in a few issues, what’s the point in getting too excited about them?

Half of the story also seems to have completely disappeared for the last couple of issues – the more interesting part, in my mind – with the assembled heroes travelling to the future to tackle Ultron head-on.  And yeah, don’t get me started about the lack of Ultron in the first eight issues.  As cool as the golden ‘drones’ were initially, I think I speak for everyone reading this series when I say that in a crossover called ‘Age of Ultron’… I WANT TO SEE ULTRON, DAMMIT!

The lack of focus continues in this issue, and while the alternate Tony Stark’s situation and his dialogue with Wolverine offers up some interesting content, the Defenders come across as ‘throwaway’ and the Morgana Le Fey attack seems more like an excuse to draw a large-scale battle scene rather than any attempt to push the story forwards.

The artwork remains solid for the most part, and I have to admit that the aforementioned battle scene is pretty well illustrated, and impressive in its scale.  There’s just no emotional connection to a comic other than “oh, that’s kind of cool, I guess” which, for such a hyped-up and potentially exciting premise, just isn’t good enough.

I could be proved wrong when everything is tied up nicely in a beautiful bow over the last two issues, but to be honest, I’m not going to hold my breath.  Sadly, I think it may be time to file Age of Ultron in the ‘pointless cash-grabbing Marvel events’ folder and be done with it.  Which is a real shame.

(Dis)Honourable Mentions: Due to the small pull list, there was nothing else ‘bad’ this week, thankfully.

Once again, before we get to the cover of the week, I’ll share with you a few of the runners-up who really impressed me this week; 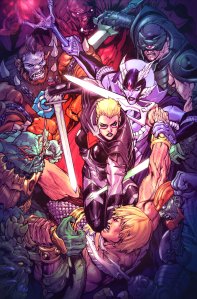 While it bears little relation to the content of the comic, I could sit and look at Porter’s drawings of the inhabitants of Eternia for days on end.  Another colourful, eye-catching cover that features our hero besieged on all sides by his all-too-familiar rogues galley and new villain Despera.  Cracking stuff. 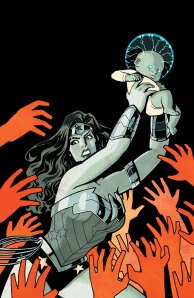 Another brilliantly coloured, attention-grabbing piece of work from Chiang, whose artwork on this title has been an absolute joy to behold for the last twenty issues.  Lovely. 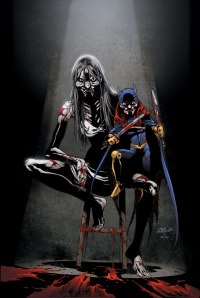 A comic I’m seriously going to have to start picking up by the sounds of it, this is an incredibly striking, unbelievably creepy cover.  Disturbing… but in a good way. 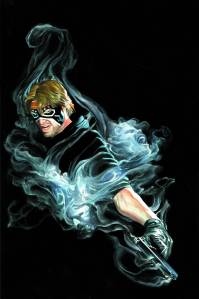 And now, without any further ago… this week’s winner… 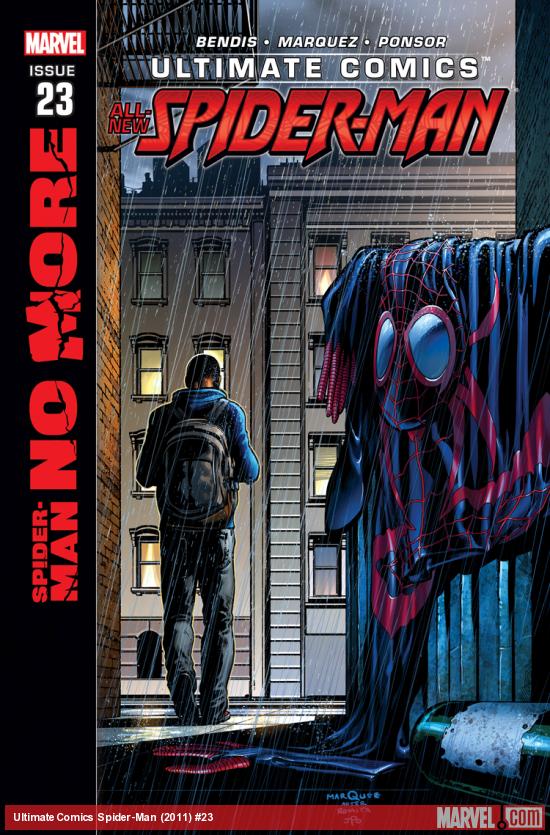 I’m a sucker for a good homage, and having this cover mirror John Romita Senior’s iconic page from Amazing Spiderman #50 is an inspired idea.  Marquez does a stellar job with the visuals, as always. It definitely made me want to buy the comic, a title I’d never read previously, which is about all you can ask for from a great cover.

And that, as they say, is that.   Let me know what you guys thought, and what you enjoyed (and didn’t enjoy) from this week’s comic crop. 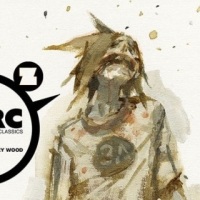 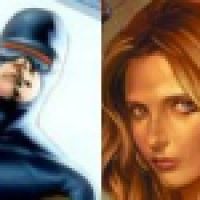