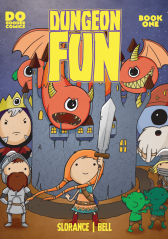 Comics are truly remarkable things.  And perhaps the one thing that amazes me most about them is the sheer diversity of stories I find myself coming across as a reviewer.  They can get my adrenaline pumping with jaw-dropping action. They can draw me in with tense, nerve-shredding thrillers.  They can get the hairs on the back of my neck standing on end with bone-chilling horror.  And they can also make me laugh.  And laugh.  And laugh.  And Dungeon Fun, the latest offering from Colin Bell and Neil Slorance, the team behind acclaimed webcomic Jonbot and Martha, most definitely falls into the latter category.

Gently poking fun at the inherent absurdity of the fantasy genre, Dungeon Fun is a sheer explosion of creativity from both men.  The characters on display, from main character Fun Mudlifter (the instantly likeable young girl at the heart of the story) to tragic hero (and already cult sensation) Muddy Stickarms, are all so beautifully conceived and brilliantly realised that it’s safe to say that almost every single one of them deserve their own solo title.  I mean, who wouldn’t want to know more about Grimload, the mummy’s boy Troll who guards the door to Deepmoat?  Seriously, the characters are just that awesome.

The creators have clearly snatched inspiration from all manner of different sources, blending them together effortlessly to make for an utterly engaging title, and a book that’s nearly impossible to read without a smile on your face.  There are ‘Dungeons & Dragons’ aspects to this story,  an ongoing Zelda-esque ‘video game’ vibe,  a liberal dose of Monty Pythoneqsue humour and the inherent sense of pure fun that we tend to associate with Adventure Time.  And throughout the first issue, Dungeon Fun lands perfectly in the sweet spot between giddy silliness and intelligent meta-humour, giving the book an almost universal appeal.

I’ve made no secret of my love of Neil Slorance’s work in the past, and his straightforward yet utterly expressive style is perfectly suited to a title like this.  It’s puzzling to fathom how these little nose-free characters can convey so much emotion, but Neil’s use of subtle mannerisms and facial expressions pack a lot of oompf into these pages, and his clear enthusiasm for the subject matter shines through in every panel.  People looking for ultra-realistic, highly-detailed fantasy artwork may find themselves disappointed, but those of us who simply want to find ourselves smiling our asses off while reading a comic have clearly come to the right place.

I’m not going to delve into any kind of spoilers, for fear of diminishing the experience when you eventually read it for yourself  (and you are going to read it for yourself, right?  I mean, you’re not an idiot, are you? ), but suffice to say that there’s a heckuva lot of action, drama, humour and sheer creative brilliance on display throughout these 28 pages, as well as a great hook that manages to propel the story forward right at the end.  And in terms of sheer face-slapping creativity, the page where Fun finally takes her first stab (pun intended) at swordsmanship and the neat meta-joke that accompanies it may very well by my favourite comic page in years.  Yes, it’s that good.

Comics can be an overly serious business these days, with everyone trying to prove how ‘edgy’ or ‘gritty’ or ‘shocking’ they can be.  So it’s nice to see two guys creating something that is – unsurprisingly, given the title – just plain fun.  A brilliantly upbeat title that deserves to be seen by as many people as possible, and one that I personally want to see many issues of as is humanly possible. Dungeon Fun is undeniably one of the most enjoyable comic experiences I’ve had in a long time, as well as one of the funniest, and I urge each and every one of you to pick yourselves up a copy.

Dungeon Fun will have its official release at Plan B Books (55 Parnie Street, Glasgow) on Wednesday 20th November at 6.30pm, and both Colin and Neil will be at Thought Bubble 2013 this weekend (at Table 2 in  Royal Armouries Hall and Table 69 *snigger* in New Dock Hall respectively) with plenty of copies available.

You can also find out more about Dungeon Fun on the Dogooder Comics website  (http://dogoodercomics.co.uk), or on their Facebook page (https://www.facebook.com/dogoodercomics). 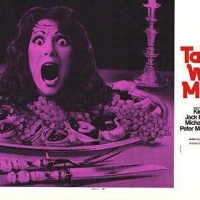 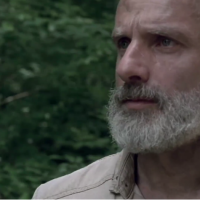