Take this with a grain, neigh a pinch, neigh a kilo of rock salt but rumors have krept up that Robert Downey Jnr has been lobbying hard for Mel Gibson and Jodie Foster to get roles in the Marvel Cinematic Universe. Although there is nothing concrete, there are threads to this story beyond that.

The original source of the story was the Gossip website radaronline but several movie websites and newspapers have ran with it, Now let’s exclude Jodie Foster from this, Because she is hardly a pariah figure given she has had a pretty solid body of work as of the last couple of years (ironically The only real blemish being that she directed the universally panned “The Beaver” … Which had Mel in the lead role). But there are strong parallels between Mel’s almost pariah like state and that of RDJ’s, who after a well documented string of drugs arrests and insinuations about his mental health – was practically box office poison towards the late 90’s and early 2000’s. One of his first major roles in his comeback was the lead in an adaptation of the  BBC’s “The Singing Detective” in 2003 which Mel Gibson produced.

Because of this Robert Downey Jnr. chose Mel to deliver him his Lifetime Achievement award at the 2011 American Cinematheque Awards, Which was around 5 years after the infamous DUI arrest and anti-Semitic comments. This raised heads to say the least given Robert Downey Jnr. was as hot as ever at that point.

During his acceptance speech [VIDEO BELOW] Robert Downey Jnr. Said;

“I couldn’t get hired and he cast me,”

“He said if I accepted responsibility – he called it hugging the cactus – long enough, my life would take meaning. And if he helped me, I would help the next guy. But it was not reasonable to assume the next guy would be him.”

“…Unless you are without sin – and if you are, you are in the wrong fucking industry.”

Although this would lend credence to the idea it isn’t proof in itself, However further to this one has to consider that it wouldn’t be the first time RDJ has used his power with Marvel Studios to lobby for work on other people’s behalf. It was him after all that pulled the strings to get Shane Black who had previously directed him in “Kiss, Kiss, Bang, Bang” the directors chair for Iron Man 3, He also pushed for Gwyneth Paltrow’s role as Pepper Pott’s in The Avengers and reportedly held off on signing on for Avengers: Age of Ultron unless his co-stars saw a substantial pay increase.

But this could be an ask too far after all many as the article went on, The unnamed source was quoted as saying “Marvel is run by one of the richest and most prominent Israeli businessmen in Hollywood, and you can be sure even if Robert got down on his knees and begged, there’s no place for Mel in the Marvel films.”

So if the source is to be believed some open wounds certainly still remain, But removing the obviously misguided outburst, the alcoholism and domestic abuse allegations the actor has seen more prominent roles as of late with a role in Robert Rodriguez’s Machete Kills and recent photos show has gotten in shape for his role in upcoming Expendables sequel “The Expendables 3”.

So to recap this should be taken with a grain of salt since the quoted sources are buried, But RDJ has in the past very publicly lent his support to the troubled actor, He has also pulled strings at Marvel before. If the source is to be believed then the culture at Marvel Studios precludes Mel ever getting a role, But in spite of this he has got some sporadic but high profile work elsewhere.

The biggest question of all really is the most important and remains unseen – is whether or not fans of the Marvel Cinematic Universe would want to see the actor get a role?

Gary Kane aka (GK)
Article: Where are They Now
GK tweets from @Kanoclassic 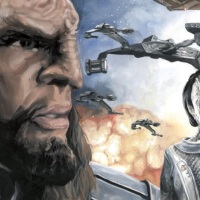