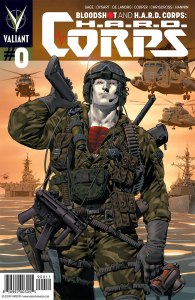 The horror of war and the human cost of actions committed by the industrial military complex is brought to light in this harrowing tale of exploited soldiers and sinister human experiments.

The H.A.R.D. Corps are a team of soldiers offered brain implants which give them immense power at a cost: the implants cause physical and mental deterioration until the patients die as burned out husks. Covering a span of some twenty-three years this issue follows the H.A.R.D. Corps project from its inception in 1970 until its apparent dismantling in 1993.

Art duties in this zero issue are split across three different art teams with each taking on a different decade covered in the story. Beginning with the dark and moody artwork of Valentine De Landro in the 70s section, things gradually get lighter and brighter as the decades roll on; even if the story remains resolutely grim and cynical throughout. It’s a nice way to differentiate the different decades and although the style of the art changes the form remains largely the same with a lot of wide panels used to give a broad, panoramic view of the brutal violence the H.A.R.D. Corps find themselves a part of.

The writing deftly handles this generation-spanning story with locations and personnel changing but the tone remaining constant. This is a particularly dark work; the titular super-powered team are perpetrators of horrific acts in service of a corporation that is brutally exploiting them. With the chilling history of the central team covered and things ready to move forward into the present the foundations have been successfully laid for some potentially interesting storylines. However if you’ve been lured in by the promise of Bloodshot (possibly Valiant’s most enduring character) be warned: he’s not in this much. This is very much an introduction to the world of the H.A.R.D. Corps.

As an introduction to the world of these characters, Bloodshot and the H.A.R.D. Corps #0 is solid if unspectacular. The decade spanning nature of the story means that not many characters are in this the whole way through and the current team are name checked but not developed. If the ongoing series manages to maintain the same bleak tone and develop characters a bit more, this could be well worth a read. 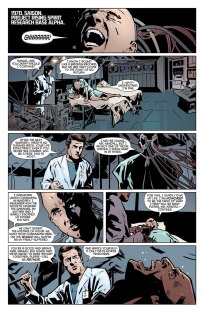 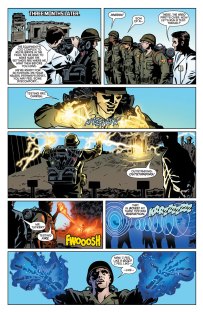 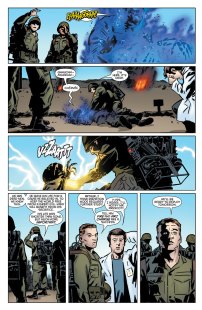 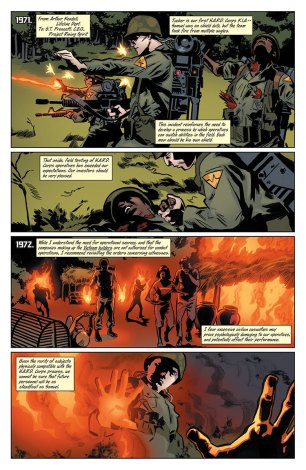 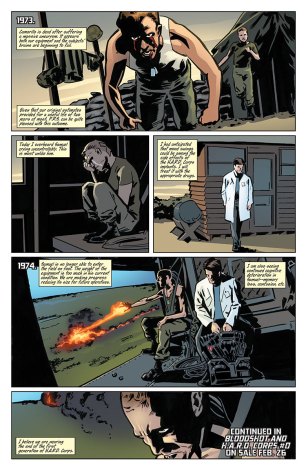 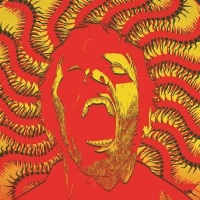