Ahead of The Amazing Spider-Man 2 premier in London last Thursday, Peter Parker himself – Andrew Garfield – showed up at an event by UK children’s charity Kids City in full Spider-Man costume!

Well-renowned “top bloke” Garfield entertained the kids as “Spidey” by shooting some hoops, dishing out pizza and generally being awesome.

And as you can see by the faces of the children in the pictures below, his surprise appearance definitely went down well.

Oh, and in a touching epilogue to this story, he actually brought some of the children along with him to the red carpet premier in London’s Leicester Square!

Doesn’t get much cooler than that, does it?

The Amazing Spider-Man 2 is due to be released in the UK on April 16. 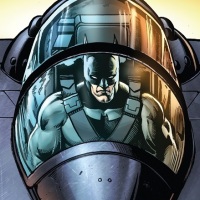