In a move we saw coming, ABC have officially renewed Agent’s of S.H.I.E.L.D. for a second season, but perhaps more exciting is that they have officially ordered a series based around Agent Peggy Carter, the character played by Hayley Atwell in Marvel’s Captain America’ movies, as well as the ‘Agent Carter’ one-shot that featured on the Iron Man 3 blu-ray.

“Marvel’s Agent Carter,” starring “Captain America’s” Hayley Atwell follows the story of Peggy Carter. It’s 1946, and peace has dealt Peggy Carter a serious blow as she finds herself marginalized when the men return home from fighting abroad. Working for the covert SSR (Strategic Scientific Reserve), Peggy must balance doing administrative work and going on secret missions for Howard Stark all while trying to navigate life as a single woman in America, in the wake of losing the love of her life – Steve Rogers. Inspired by the feature films “Captain America: The First Avenger” and “Captain America: The Winter Soldier,” along with the short “Marvel One-Shot: Agent Carter.” “Marvel’s Agent Carter” stars Hayley Atwell as Agent Peggy Carter. Executive producers are Michele Fazekas & Tara Butters, Steve McFeely & Christopher Marcus, and Jeph Loeb.

Talks of an ‘Agent Carter’ have been in the air for a while now, so it isn’t too surprising to hear the series has been ordered, but fans will be buzzing, as the character has been a firm favourite since she appeared in ‘Captain America: The First Avenger’.

It looks like the 2014/2015 TV season will be an interesting one for comic book fans, as yesterday also saw DC properties The Flash, iZombie, and Constantine all get full series orders, with potentially even more on the way. 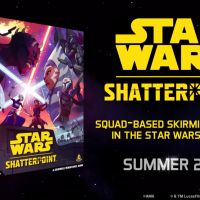