For our latest exclusive interview, Jules was able to have a chat with writer VIctor Gischler (Kiss Me Satan,  Clown Fatale, Angel & Faith) about his latest title, Sally of the Wasteland.

The series, published by Titan Comics, is set in Southern Louisiana, 82 years after “the fall”, and provides a somewhat offbeat and humorous take on post-apocalyptic life.  Here’s what Victor had to say;

Big Comic Page: Victor, tell us about Sally Of The Wasteland.

Victor Gischler: Happy to! SALLY is definitely meant to be B-movie flavored gun with grindhouse sprinkles on top. We’ve taken on the very familiar post-apocalypse genre and inserted a big glob of irreverence.

BCP: How did the partnership with Titan come about?

VG: I was going around in circles with another publisher and wondering why things were not going forward when writer Rob Williams told me he was doing a book called ORDINARY with Titan. He made an introduction to editor Steve White. The Titan team seemed enthusiastic about the book and since they seemed ready to go and getting off the dime was important to me, we decided a partnership was in order. I’m not sorry. It’s been great working with Titan.

BCP: Tazio Bettin’s art is a perfect match for the script, where did you come across him?

VG: I was a guest a the Sugar Pulp Festival in Padova, Italy one year and Tazio showed up with some excellent illustrations which turned out to be scenes from my novel GO-GO GIRLS OF THE APOCALYPSE. So when it came time to initiate my first creator-owned book, I contacted Tazio. Fortunately for me, he was ready to go! 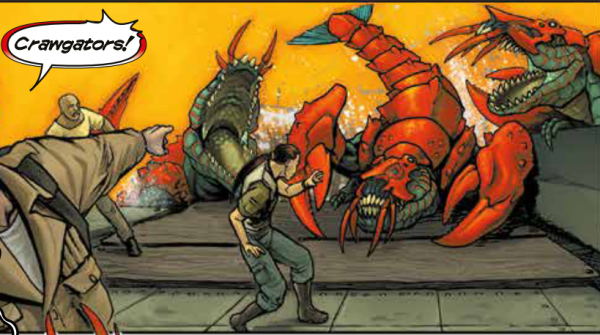 BCP: What inspirations or influences are behind the story?

VG: The genre itself. Alas Babylon by Pat Frank. The Mad Max films. Etc. But all filtered through my warped brain and my sense of humor … which is also warped.

BCP: Sally is a five issue mini, but do you have more stories in mind? It seems like both a character and a world with a lot of potential.

VG: There’s actually been talk about that but nothing for certain yet. But I agree there is still plenty of good stuff to mine in Sally’s world.

BCP: You’ve dealt with similarly irreverent themes before in Go-Go Girls Of The Apocalypse. What is it about the end of the world that attracts you?

VG: A couple of things. First the idea of no rules … or at least changed rules. Civilization is GONE. Forget about any petty problems you had at the office. It’s all about survival now. Also, the idea of seeing something very familiar in a new way appeals to me. We’ve all seen the Statue of Liberty …. but when Charlton Heston sees it at the end of PLANET OF THE APES it is in a totally different context. Think what your home town would be like if civilization fell. The places you knew.

BCP: Sally isn’t quite the usual Lara Croft-type heroine. Instead, she’s a very human and regular sort of character, which is much more fun, like Jack Burton in Big Trouble. Was that a conscious effort to shy away from the invincible bad girl cliche?

VG: I wasn’t really trying to avoid anything. Rather, I just knew who I wanted Sally to be. She’s a little off, and competent in her own way. A survivor.

BCP: There’s a real b-movie feel to the whole thing. If it made it to the big screen (or the grindhouse) who would you have direct and who would you cast? A Troma production with a young Caroline Munro would get my money!

BCP: Outside of Sally, what do you have in the pipeline?

The first issue of Sally of the Wasteland went on sale on the 30th of July, and is definitely well worth a look if you like your post-apocalyptic stories to be a little on the light-hearted side.

You can pick it up via the Titan Comics website, in both physical and digital formats.

The writer of this piece was: Jules Boyle
Jules tweets from @Captain_Howdy 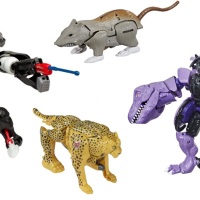