BOOM! Studios have just revealed the first four of their “10 Year” covers, due to be released in 2015 as part of their yearlong 10th Anniversary celebrations.

Talking about the covers, BOOM! Studios Editor-in-Chief Matt Gagnon said “With 2015 marking 10 years of publishing comics, we wanted to share our excitement with retailers and fans by creating these special covers. We’ve enlisted some of the best cover artists in comics to help convey what a special milestone this is for us. We’re kicking things off with Trevor, Joe, Ramón, and Shelli & Braden. And this is just the beginning! We’ll be announcing some more surprises to help us celebrate our 10th year!”

Each of BOOM! Studios’ imprints will have their own dedicated artist or artistic team who will produce the exclusive wraparound covers.

For the first quarter of 2015 (January-March), the artists will be: 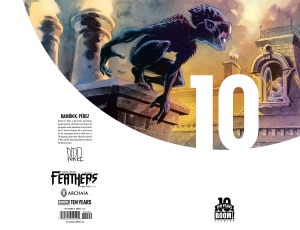 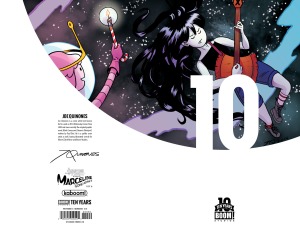