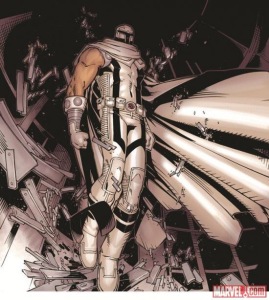 The latest #MarvelOctober announcement is a new creative team for its flagship mutant title, with Cullen Bunn and Greg Land being unveiled as writer and artist on Uncanny X-Men.

The company’s All New All-Different Marvel relaunch in October will kick off a new start for the title, with a new lineup that features Magneto, Sabretooth, Psylocke and Mystique under the tagline “Bigger threats require more threatening X-Men.”

Both creators are no strangers to the X-Universe, with Land a regular artist on Kieron Gillen’s run, while Bunn is the current writer of Mageto’s solo book.

Do you like the sound of this bloodthirsty new X-Men team? Sound off in the comments!

That’s not all though, as Marvel have also announced two other X-Titles for #MarvelOctober, with All-New X-Men being relaunched with a creative team of Dennis Hopeless and Mark Bagley, and the brand new Extraordinary X-Men, from Jeff Lemire and Humberto Ramos. 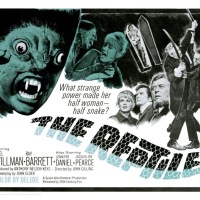