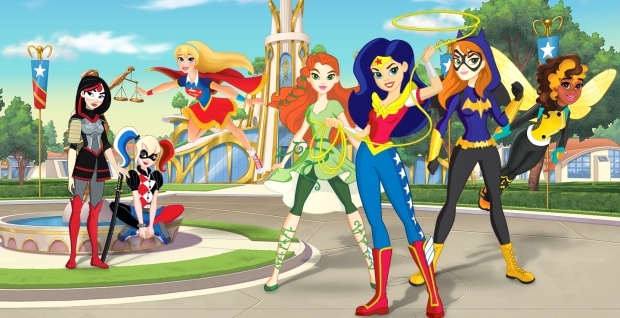 Ahead of this weekend’s San Diego Comic Con, DC have revealed some more information about their previously-announced DC Super Hero Girls initiative aimed at 6-12 year olds.

The official website www.DCSuperHeroGirls.com has gone live, providing an interactive look at some of the key characters from the first wave.  The site features profiles of the characters, detailing their powers and personalities, and giving us a good idea of how characters like Wonder Woman, Batgirl and Supergirl.

You can check out a few of those profiles below, but make sure you head over to the website to see them all.

Announced earlier this year, DC Super Hero Girls will see DC Entertainment and Warner Bros. collaborate with Mattel, Random House Children’s Books and LEGO. Mattel will create a toy line that will launch in 2016, featuring a line of action figures and fashion dolls featuring “strong, athletic bodies that stand on their own in heroic poses,” according to the announcement. Random House Books for Young Readers, an imprint of Random House Children’s Books, will act as publishing partner for the franchise, releasing a series of books about the DC Super Hero Girls starting in spring 2016. LEGO will produce building sets based in the “DC Super Hero Girls” world.