As we reach the halfway mark of this mini-series we are still very much in set-up and explanation mode, but thankfully by the end of the issue what has been set up is very intriguing and just a little bit frightening.

This issue continues to set-up and explain how the Lanterns ended up in the Star Trek universe, which appears to have been caused by attempting to escape from a redux of DC’s Blackest Night event. This means that not only have the Enterprise crew and several villains been given power rings, but more of the Green Lantern cast of characters have arrived as well, including the big bad himself, Nekron. All of the newly powered villains are duly subjugated and enrolled by the leaders of their colour of lantern corps, but the only really interesting one in Sinestro, who sees a chance to use Chang to impose order on the Trek universe.

This issue was also unfortunately light on interaction between Kirk and Jordan, except for one conversation about their ranks which leads to neither conflict nor understanding of each other. I hope this gets explored more in the latter half of this series. What is exciting is what is revealed in the final pages, as Nekron appears around the ruins of a certain ‘Alderaan’d’ planet. With his powers over death, an entire obliterated planet offers a massive conflict to come.

Angel Hernandez is a great fit for this mini-series, with fantastically powerful and superheroey art for those imbued with Lantern powers being juxtapositioned with a more subdued and straight-laced style for the Starfleet crew. It helps to show just how different these two properties really are, even if they do share space-faring adventure at heart. 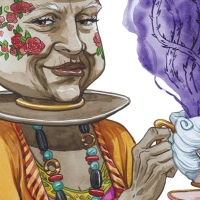 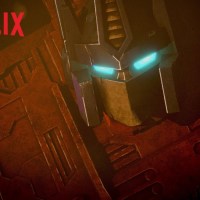 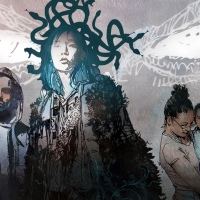