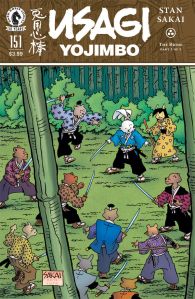 The latest instalment of Stan Sakai’s iconic Usagi Yojimbo series, “The Bride” is a one-and-done story which sees everyone’s favourite samurai rabbit stumbling across a trembling bride-to-be who has barely survived a brutal bandit attack.  Being the honourable gentlemen that he is, Miyamoto Usagi offers to help escort the young lady to her arranged marriage in a nearby village, and unwittingly stumbles into a nefarious plot involving Koroshi – the Japanese league of assassins – in the process.

As always, there’s a deftness to Sakai’s linework that really draws the eye, particularly during the frequent bouts of swordplay which pepper the issue.  Sakai’s panels are packed with detail and his characters are all cartoonishly expressive, even in spite of the decidedly un-cartoony tone of the story.  Honour, pride, betrayal; the themes here will be familiar to long-time Usagi Yojimbo readers, but it’s a true testament to Sakai’s skill as a writer that he still manages to keep things feeling fresh after over three decades with the character.

The story plays out predictably enough, although Sakai can’t help but throw a delicious little twist in at the end, framing the whole story in a brand new light and perfectly illustrating the true genius of his craft.  As a jumping-on point, this is an easily accessible stand-alone story that serves as a perfect introduction to the swashbuckling majesty that is Usagi Yojimbo.

That said, while this is undoubtedly a sharp, engaging story which delivers a satisfying conclusion, in the grand scheme of Sakai’s Usagi Yojimbo back catalogue, it pales in comparison with some of the other tales the legendary creator has spun over the years.  Even so, this is well worth a look for newcomers to the character and long-time fans alike. 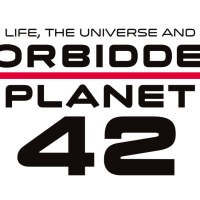 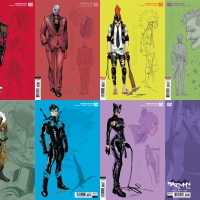 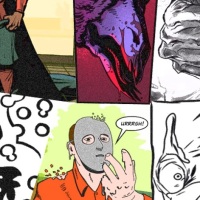