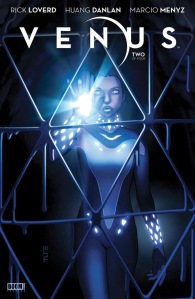 The first manned mission to Venus is in trouble, having crash landed in issue #1. The surviving crew find their habitat isn’t in working order and there are divisions between the military crew and the suddenly promoted civilian commander.

As pitches go, it’s not the most innovative but I’m always a sucker for this kind of high-concept science fiction – especially when accompanied by nice, realistically believable touches as in this title.

The problem with Venus is that I’m struggling to care about characters who are still little more than pencil sketches two episodes in – the civilian pilot thrust into command, the almost robotic military type who argues with her, the smarmy scientist or the evident love interest.

In a four-issue arc, I’d have hoped for a little more reason to care about these characters by now, even if the background setting of an ambitious space mission fuelled by a future cold war is undoubtedly compelling. There is a big cliffhanger at the end of this issue which might boost things along though, so these concerns may be dealt with next time out.

Art wise, the strip is pretty enough, but does little in terms of style or distinctive art to mark it out from any one of a thousand other sci-fi themed titles.

Venus has an interesting setting but is otherwise unremarkable from either a plot, characterization or artwork point of view. I’m willing to check out the next edition to see what happens, but I’m not exactly counting the days…

If you want to find out more about Venus, make sure to check out our interview with Rick Loverd and Filip Sablik by CLICKING HERE.

The writer of this piece was: Chris Napier
Christopher Tweets from @chriscrowing 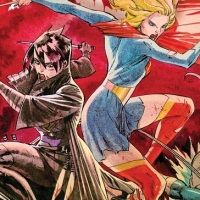 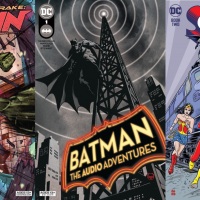 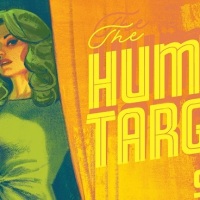 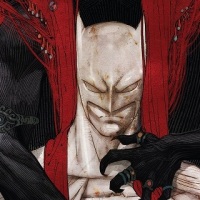