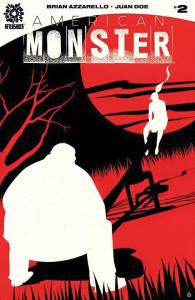 The second issue of American Monster has arrived. After making its entrance in spectacular fashion, writer Brian Azzarello starts to flesh out his cast in this installment. Part two brings a disquieting and delicate sense of menace to the story, in comparison to the more shocking effrontery of the series introduction. The reader also becomes acquainted with two new characters, the town sheriff and deputy.

Interspersed through the issue we see a little more interaction between Snow and her mother, and Snow and her friends. Both scenes confirm what we suspect, that’s she’s a bit of a teenage know-it-all. We meet the Sheriff and it’s immediately apparent he wants an easy life, as he openly tries to shirk any responsibility his office carries if it means doing actual work.

However, the most interesting interaction in this episode is the conversation between the burned man and the Sheriff’s Deputy – Gary. Of all the characters Brian Azzarello has introduced us to so far, it’s obvious that Gary is the good guy in town; the moral player in this game. The whole scene is quite brilliant in that the roles of interviewer and interviewee are skewed, and the underlying menace in the conversation is unmistakable. It’s the strongest act of this episode. The reader will sense that Gary’s storyline will be a tragic and hopeless one, thus making his character instantly compelling. Any doubts one may harbour on the validity of that impression disappear by the end of the comic.

Among these new character introductions we revisit the diner and the arms dealers from issue one. It’s also the inception of the burned man’s campaign in the town and he makes quite a deliberate and harrowing statement of his intentions. All these scenes cut into each other through the episode and there is an excellent flow to the narrative. This could easily have become a choppy and irritating read but it works seamlessly, moving from subject to subject collecting tidbits of information on the way.

The art by Juan Doe maintains the excellent standard set in issue one. The dark palette and burned colours he uses are an excellent foil to the ambiance of the comic, and perhaps even a subtle nod to the lead character. There is a powerful play between more wide-angled scene setting panels to the more close up panels of character interaction. Drawn at interesting angles, these panels hone in to character full, or partially drawn, faces. This seems to evoke a strange familiarity in the scene that will impact on the reader. Without a doubt my favourite panel is that of Snow and her friends in a car. The perspective of the shot runs from the back seats of the car, to the front, but the dialogue bubble from the front to the back. It struck me as really clever, I appreciate nuances like that.

After two issues I am completely impressed with American Monster. This installment, while perhaps not quite as impactful as the debut, is no less resonant. There is a real sense of construction of a story here, and I’m happy Brian Azzarello isn’t rushing this. The pace – for now – is quite pedestrian, but the sense of building malevolence in the background is like an impending thunderstorm. He is teasing the reader just now. He’s building a steady foundation for this tale, but you can’t help but feel that the hard questions are coming, making you thankful that you have this time to steel yourself. Epic is not a word I like to throw around, but two issues in you can sense a palpable significance to American Monster. 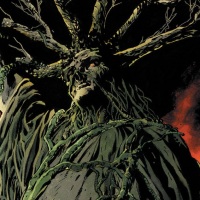 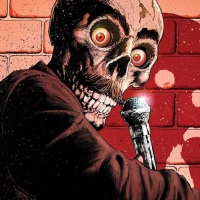 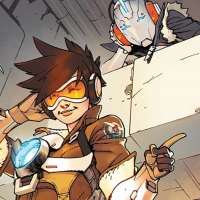