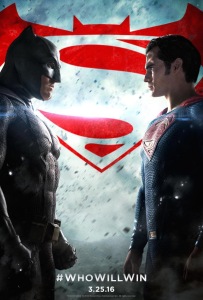 “Man of Steel” was a polarizing experience for audiences, and the early reviews would suggest that “Batman v Superman: Dawn of Justice” will follow suit.

Despite the criticisms of an overstuffed movie with underdeveloped ideas (more on that in a minute) Zack Snyder’s latest film is a visual masterpiece that honors the legacy of DC Comics while cracking the universe wide open for future installments.

In “Batman v Superman: Dawn of Justice,” public opinion of Superman (Henry Cavill) is spilt after the destruction of Metropolis. Now that the Man of Steel is saving people on a global scale, some see him as a beacon of hope, while others see him as a threat.

Batman (Ben Affleck) is a firm believer of the latter opinion. The two heroes collide in a confrontation of wills and ideology, but with a larger threat looming on the horizon, will the two be able to settle their differences to save their respective cities?

The film could be considered a little long winded at times, with congressional hearings and whatnot, but the different stories lend themselves to playing with different genres within the overall structure of a superhero versus film.

Scenes featuring Batman fall into an almost horror category, depicting him as a monster of sorts, prowling in the shadows. It effectively puts the fear of “The Bat” into criminals as well as the audience. Superman, and all the drama surrounding whether or not he should be made to bow down to man’s law or foreign policy, comes off as a quasi-political movie, albeit one that feels a little on the nose at times. Lois Lane played by Amy Adams even gets in on the action, getting a war story of her own.

With so much happening in this film, it was inevitable that certain stories, characters and themes would be underdeveloped. This is most apparent with Lex Luthor’s character. Jesse Eisenberg gives the young-tech mogul a nuanced performance of rage boiling under the often calm and collected surface, especially in his scenes with Senator Finch (Holly Hunter) and at his party – where Clark and Bruce first meet. His character would benefit from additional screen time because his transformation to villainous Lex isn’t really there. Jim Kelly from “Enter the Dragon” would be right saying “Man, you come right out of a comic book.”

Affleck’s performance suffers from the same problem, but his actions definitely speak louder than words giving audiences an older, distrusting and violent Batman. This is sure to rub Christopher Nolan fans the wrong way, but given the source material (e.g. Dark Knight Returns) it’s an accurate portrayal of the veteran vigilante. Jeremy Irons’ Alfred on the other hand is completely underdeveloped. He acts as the voice of reason to Bruce, but we have no idea as to what their relationship is. Reports said that Alfred’s role was changed from butler to chief of security, but I can’t recall any moment where that was mentioned.

In addition to having to address several plot points, the story itself does take a bit of a hit; although, I would argue its part of a larger plan. And without getting into spoiler territory, this film seems to be more a setup for the DC Comics Cinematic Universe (DCCU) than it is about Batman and Superman’s titular bout. That said, there are some dull moments especially the epilogue which feels tacked on, but the overall inclusion of Batman works since the film immediately starts with Bruce’s origin story.

The weakest point in this movie is the CGI. Whether or not you liked Doomsday’s design is a nitpick, and I’m of the mind that he is a leftover Orc design that the “Lord of the Rings” series passed on. But my complaint is how fake aka green screened the battle between the DC Trinity and Doomsday looked; however, Snyder’s stylized style successfully creates a battle that feels and moves like a comic book come to life that also plays to the character’s strengths and limitations. Wonder Woman shines in this sequence, and with one subtle smirk not only earns her place on the silver screen but proves she’s a battle-tested warrior who has seen and been through quite a bit.

Overall, the movie hits exactly the notes it needed to, but may not have hit them as dynamically as it perhaps could have. But one thing is for sure, “Batman v Superman: Dawn of Justice” leaves the DCCU in an interesting place. And if Snyder is playing an ambitious long game and pulls it off, then people will look back on “Batman v Superman: Dawn of Justice” as the comic book film for the ages.