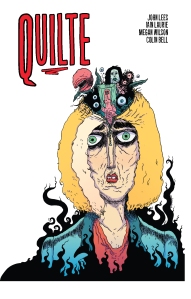 It’s safe to say that we absolutely loved And Then Emily Was Gone here at the Big Comic Page.  Amidst a sea of glowing reviews, it was fantastic for us to see this local Scottish small press sleeper hit turn into a worldwide phenomenon over the course of 2015.

So, when we heard that the creative team behind the critically acclaimed horror story – writer John Lees, artist Iain Laurie, colourist Megan Wilson and letterer Colin Bell – were reuniting for a brand new horror one-shot called QUILTE, we simply had to find out more.

Thankfully, we were able to sit down and have a chat with John and Iain about how the series came about, what readers should expect, and the upcoming advance release at this weekend’s Edinburgh Comic Con.

BIG COMIC PAGE: Thanks for your time, guys. First, let’s talk a little bit about how this new project came about. After the success of AND THEN EMILY WAS GONE, what prompted you guys getting the “band” back together for this one-shot?

JOHN LEES: I’ve been itching to do more work with Iain, Megan and Colin pretty much from the moment we finished AND THEN EMILY WAS GONE. This whole gang is pretty much my creative dream team and I want to keep this “band” on tour with new gigs for as long as they’re not sick of me! Iain and I have been in discussion about a few things, and we had started developing something else as a pitch that never came to fruition. It was Iain who came up with the idea of doing a oneshot to debut at Edinburgh Comic Con. So I fired a bunch of ideas at him and he narrowed it down to a couple he liked best, which I then melded into a script that was first called THE MEPHISTOPHELEAN METHOD, before being shortened to the pithier QUILTE.

IAIN LAURIE: Nobody else wants to work with me! No it was a no-brainer. That team’s just a treat to work with.

BCP: So, what can you tell us about QUILTE? What should readers expect from this one?

JL: QUILTE tells the story of Dr. Karla Quilte, a psychologist and low-level psychic who uses her gifts to aid those afflicted with recurring nightmares. She enters their dreams and guides them through the process of unpacking their bad dreams and uncovering whatever buried subconscious trauma is causing them. Then she is called upon to aid this young boy suffering from particularly awful night terrors, and things take a turn for the bizarre and terrifying. That does a good job of summing up what readers can expect, too… bizarre and terrifying!

BCP: What is it about the world of dreams that you think works so well for the horror genre?

JL: I remember watching that horror cinema documentary series from Mark Gatiss, and one quote sticking with me. Something like, “Cinema is a shared dream, and horror is the most dreamlike genre of all.” The thing about dreams is that the rules of the world don’t work the way they should, and in a bad dream there can be a sense of powerlessness, being carried along towards something awful you know is going to happen but are unable to prevent. Good horror generates that same “bad dream” effect. 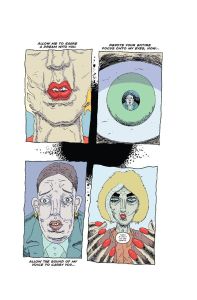 BCP: On the subject of dreams and nightmares – and without wanting to traumatise either of you too deeply (although after what you did to us all with EMILY, it would probably only be fair) – what’s the most vivid or unsettling nightmare each of you have ever had?

JL: I can’t go into too much detail without spoiling the events of the comic, but the whole opening sequence is almost a direct lift from an actual nightmare I had, which was the scariest dream I ever had in my life. They say you can’t die in dreams, but I died at the end of that dream, and the end of the dream was just me surrounded by white thinking, “Oh, I’m dead now,” before waking up gasping. I couldn’t get back to sleep the rest of that night.

IL: I usually forget them but I had one the other night where I got out of bed and went into my living room and there was a giggling man hiding behind the table and I couldn’t move or scream as he ran at me. Woke up shouting.

BCP: You’ve decided to give the book an advance release at this weekend’s Edinburgh Comic Con ahead of its full launch later in the year from ComixTribe. What prompted that decision?

JL: This was always going to be a book that launched at Edinburgh Comic Con, that was the starting point. Iain and I both had an absolutely fantastic time at Edinburgh Comic Con last year. The organisers treated us very well as guests, and the attendees were incredibly supportive of us. So, we definitely wanted to do something special for returning to the show this year.

BCP: As with EMILY, the visual side of this one is more than a little disturbing. How much of the look of QUILTE is John’s direction, and how much of it is just you being you, Iain?

IL: John gives me a lot of scope on what I want to do with the books visually. He gets all the important stuff right like characters and structure and then i just interpret it how it looks in my head. It’s kind of a scriptwriter/director divide. For QUILTE I thought a lot about Ditko era ‘Dr Strange’ and films like Altered States, Beetlejuice and Spellbound and general psychedelic imagery… but most of its instinctual. I read a panel description or a page and then just sit and doodle away until I get something that looks right.

BCP: You guys seem to feed off one another when it comes to creating unsettling storyline moments, and that’s definitely the case again here. What’s the collaborative process like between you after all this time? I’m assuming there’s a huge amount of trust by now?

JL: I don’t trust that bastard as much as I could throw him! Nah, I really enjoy working with Iain. I feel like I’m familiar enough with Iain’s stuff that it’s easy to get back into the mode of writing for him, staging sequences I know he’ll kill. And yet he still manages to surprise me by taking what I write and pushing it to a new level of disturbing.

IL: Yeah I trust John totally. There can be clashes between how weird I want it and how structured and readable John wants it and we just go back and forth on it until we get stuff that fits both our outlooks. 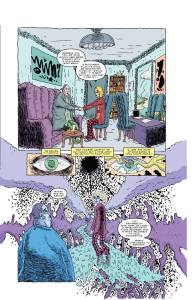 BCP: Anything else on the horizon for either of you that we should be keeping an eye out for?

JL: QUILTE is the last thing I have lined up that’s on the production slate for definite release this year. But I have another few projects in various stages of development that I’m very excited about. I have some preview art in my inbox I WISH I could share, but I can’t! Hopefully some of this stuff comes to fruition so we can talk more about it in future.

IL: Next up for me is a project I’m doing with Fraser Campbell who’s my oldest mate and who i really started off doing comics with. Fraser wrote the excellent Sleeping Dogs and the upcoming Alex Automatic and we’ve been chucking ideas about over the years and i pitched him something recently and if we pull it off could be pretty cool. It’s somewhere between a Jason Statham action film and ‘Naked Lunch’ and Fraser has referred to it ‘Bizzare Noir’. We’ll start on that soon. Apart from that there’s a pitch with Steve Orlando out in the ether and a few wee bits and pieces at early stages.

BCP: And finally, what would you say to someone who’s unsure about whether they should pick this one up or not in order to get them off the fence?

JL: If you’re going to Edinburgh Comic Con, yes, you should pick this up. The goal we have for QUILTE is to make this THE essential destination purchase of the show. So if you are at the show all weekend and come home from the Edinburgh International Conference Centre without having picked it up you’ll be left haunted, feeling like your convention experience was incomplete for not having this vital memento! Skip this comic AT YOUR PERIL!

IL: This is why i let John do the talking. If you’re on the fence about it then kindly move along to let the folk with taste get their copy.

BCP:  Thanks again for your time, guys, and we hope the launch goes well this weekend!

QUILTE will be available at Edinburgh Comic Con on April 2nd-3rd.  A worldwide release from ComixTribe will follow later in the year. 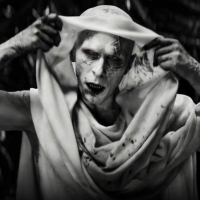 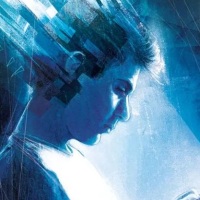