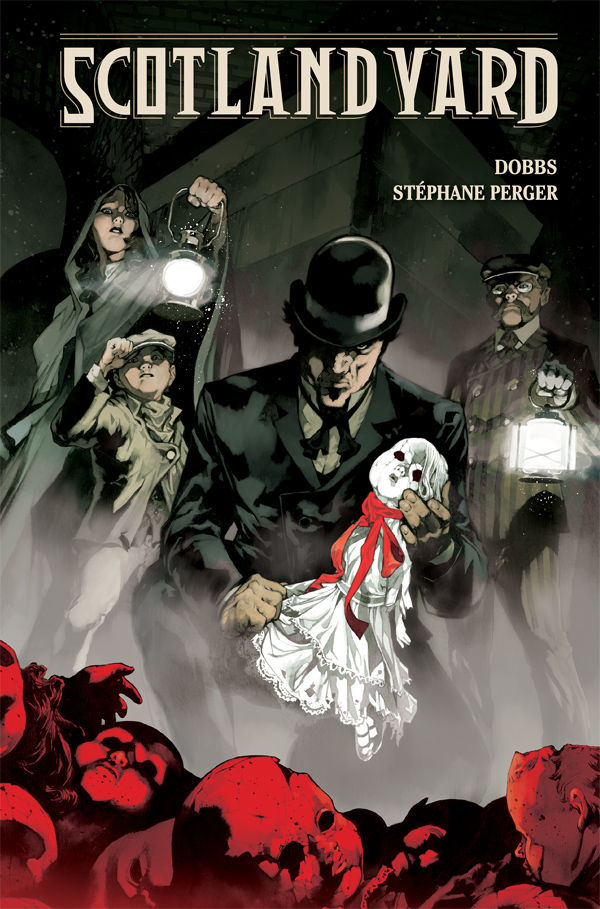 The recent Victorian-gothic revival on British television – with shows like Penny Dreadful, Jekyll and Hyde, and Ripper Street – in addition to cinematic turns, such as Victor Frankenstein, Guillermo del Toro’s Crimson Peak and the film adaptation of Susan Hill’s The Woman in Black – is captured perfectly in Scotland Yard, which is a potent, and very British, mix of true crime, history and gothic literature.

Set in the dark and dingy world of Victorian London, the late 1880s to be exact, Scotland Yard follows the procedural pursuits of Inspector Gregson. Ostracised by his peers after a prison transfer he was responsible for results in the escape of two psychopathic murderers, and the death of an esteemed colleague, Gregson must hunt them down, using any means necessary to find them.

Dobbs’ story is dark, complex and cleverly injects literary characters into the plot, to the delight of fans of gothic fiction. These include characters from Bram Stoker’s Dracula, as well as the author himself, and Sir Arthur Conan Doyle’s infamous creations, Sherlock Holmes and nemesis Professor Moriarty, all woven into a tangled tale that also references the crimes of Jack the Ripper in Whitechapel, East London (where the canonical murders are historically documented from 1888).

The bloody, graphic plot is perfectly imagined by Stephanie Perger; his artwork – along with digital art technician Christina McKenzie – is sublime. The detail used to render each character, which greatly helps the reader to follow the story due to the sheer volume of characters, is very much appreciated. The period features of Victorian London are carefully crafted, creating a beautiful and uniquely fashioned world that serves as so much more than a backdrop to the action. This attention to detail extends to the construction of each page; the design is cleverly incorporated into the action, with a variety of layouts and spreads that really do communicate the painstaking work that has gone into each panel.

The beautiful colouring breathes life into the pages; using a digital style reminiscent of watercolour paintings, the tonal palette – alternating between a blue, rusty or chiaroscuro pallor – shifts as the book flits between different time periods/scenes.

All in all, a beautifully crafted piece of art that is designed to be appreciated by fans of gothic horror and true crime.