The second issue of The Spock Legacy continues the strong story of the first instalment, which someone who shall not be named was too busy to write a review for. Cough.

Exploring the aftermath of Star Trek 2009’s alternate timeline always brings out the best in writer Mike Johnson, who chooses to seek out new ideas and new characterisations (to boldly go…). Johnson brings to the fore the huge effect the destruction of Vulcan has had on the Vulcan people, as well as Spock’s mission, continued from his previous universe, to unite the Romulan and Vulcan peoples; made all the more important now with Vulcans almost extinct, and Romulus still doomed to a fiery death in the heart of a supernova.

The second part of this mini-series doesn’t have the same emotional gut-punch that Spock’s exile had in the previous issue, but it does help put an intriguing Romulan political scheme into motion, and hey, isn’t that what Romulans do best?

Tony Shasteen continues to bring the hyper-sleek world of JJ’s Star Trek to life on the page, capturing character likenesses and settings perfectly. A few pages set in the original timeline provide a nice change of scenery, and again feature loving renditions of deeply beloved characters.

The Spock Legacy is shaping up to be a fitting tribute to Leonard Nimoy, providing the kind of excellent material Nimoy would have been at his best reciting. 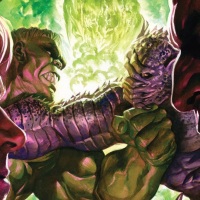