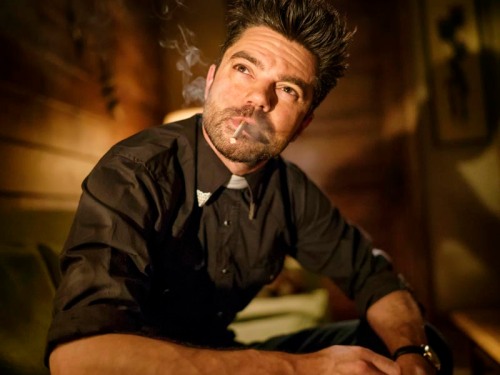 Normally I’d be frustrated when a story seems to go nowhere (e.g. “Fear the Walking Dead”), which is why it’s surprising that I’m not rolling my eyes or venting on Twitter about episode two of “Preacher.”

The second episode is titled “See” and while I still can’t figure out where this all headed, I think I can see what Evan Goldberg and Seth Rogan are trying to do. It helps to think of season one of “Preacher” as movie that you watch in one-hour blocks each week. Talk about ballsy, right? Seriously take a second and let that idea that is sink in and just how crazy it is. This is a new series based on a cult comic book with little prominence among casual audiences. Goldberg and Rogan are relying on fans to to be patient and let this story play out in a slower progression than their use to, which brings me to my next point.

This episode’s cold open is just as risky. Taking us back to 1881 where Graham McTavish plays an unnamed Cowboy goes in search of medicine for his ailing daughter. He is seen navigating the harsh wilderness and eventually settles in with a group from St. Louis for a night. His journey takes him to the town of Ratwater where a tree full of hanging Native Americans with missing scalps welcomes or warns strangers to the town’s presence. And that’s where the scene ends for the remainder of the episode.

I think of this like the pink bear in “Breaking Bad.” Except when the writers decided to go with this kind of storytelling, they were in their second season after firmly establishing the show’s premise. Something “Preacher” has yet to do in its first two episodes.

Another character who is also abruptly introduced in this episode is Odin Quincannon (Jackie Earle Haley). He and his group from QM&P are seen buying up plots of land from the residents without much an explanation at all. Though I’m told that both the Cowboy and Quinconnnon are key figures in the comics, so the fact that the show is willing to introduce them at a snail’s pace is surprising. Although if future episodes will operate in the same fashion as this week’s, then we’ll get a better introduction to Quincannon’s character next week.

Last week, Fiore (Tom Brooke) and DeBlanc (Anatol Yusef) were seen trekking around the globe investigating the bloody aftermath left in the entity’s wake. Now we know their object is to exorcise/capture the entity, which they try on an unconscious Jesse Custer (Dominic Cooper) first with a song and when that fails they try to cut it out of him with a chainsaw. Cue Cassidy (Joseph Gilgun) who interrupts the exorcism. In a case of mistaken identity, Cassidy believes Fiore and Deblanc are looking for him something he intends to make them sorry for doing.

Our cast of main players continue to settle into their roles and slowly unpack their stories. Tulip O’Hare (Ruth Negga) continues to solicit Custer’s help for the job she hopes to pull, which at this point we still don’t really know the details. Custer and Cassidy share another humorist scene over drinks and having a conversation that includes “The Big Lebowski.” I could honestly watch a web series of just the two of them interacting. Anyways Custer continues to try to be a good preacher to his congregation specifically dealing with a pedophile and girl in a coma, providing him an opportunity to gain insight to his new found powers.

While I’m not necessarily champing at the bit for more, I am amazed at how this series can tell its story at such a leisurely pace and at the same time tell it in a way that causes you to stick around for an hour. It’s a serious accomplishment and interesting experiment in storytelling. 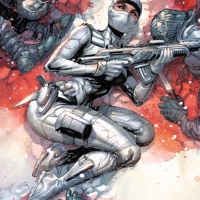