Fresh from their panel at Comic-Con International in San Diego, Starz have released the first trailer for their adaptation of Neil Gaiman’s American Gods.

The series, which is set for a January 2017 released, will feature Ricky Whittle as Shadow Moon and Ian McShane as Mr Wednesday.

During the panel, EP/Showrunner Bryan Fuller also introduced new cast member Kristen Chenoweth, who will play Easter on the show. 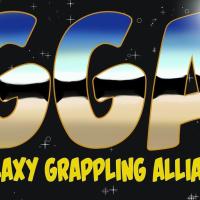