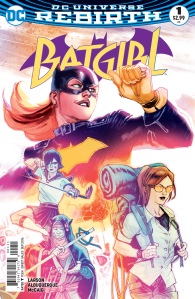 ‘Beyond Burnside’ is a gamble. There was a lot of love for the rebooted, DM booted, Batgirl of Burnside.I certainly liked it, a logical successor to Simone’s new 52 Batgirl, though I felt it started to dip towards the end of its run.

The new Rebirth series itself acknowledges this tacitly here in Barbara’s quest to meet her idol, a 104-year old former vigilante known as Fruit Bat. It’s typical of the wry humour that runs through this, and it’s absolutely part of its charm. There are some outright laughs, too, although at times it does run the risk of drifting into a Scooby-Doo send-up – less Barbara, more Velma.

Fortunately, Albuquerque’s art, and the direction that the artistic scripting of Larson’s work demands, brings an edginess that in the hands of a lesser creative team would jar, but here complements perfectly. This is as dynamic and graceful as his work on AmVam, without the viscera but with all of the charm.

This is a great return to form for Batgirl, acknowledging its own contrivances whilst successfully drawing us into the narrative. With a mystery to be solved, an old frenemy to tackle and mysterious kung-fu to be learned, this has the potential to be a cracking romp 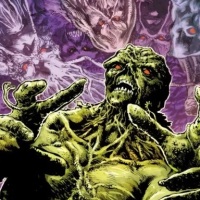 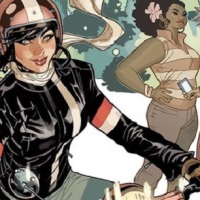