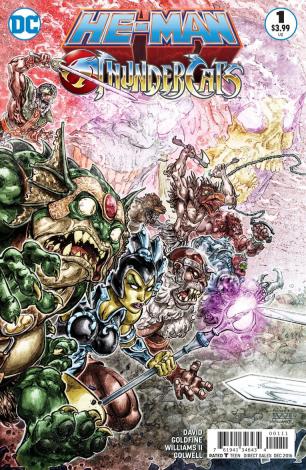 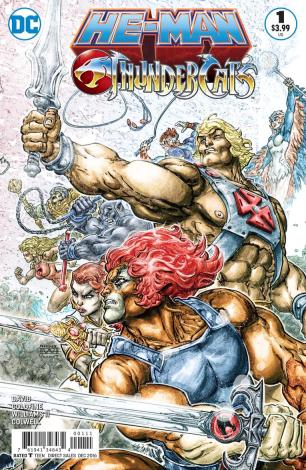 Ahead of its release on Wednesday 5th of October, we’re thrilled to be able to give you an early look at DC’s eagerly-anticipated He-Man and Thundercats crossover.

The two classic 80s cartoon and toy lines will cross paths in this brand new six-part series, set to be co-written by  Rob David (Mattel’s Head Writer and MotU Creative Lead) and Supervising Producer Lloyd Goldfine, and will be illustrated by Freddie E. Williams II, who recently showcased his impressive crossover chops on DC’s Batman/TMNT series.

Here’s the blurb for the new series, and you can feast your eyes on some of Williams’ stunning interior artwork below;

He-Man and the Masters of the Universe team up with the ThunderCats—the epic crossover event you’ve waited thirty years to see! In his ever-living desire to destroy the mighty ThunderCats, Mumm-Ra quests for a weapon that can rival the legendary Sword of Omens: He-Man’s Sword of Power! But his dimension-spanning scheme kick starts a cataclysmic crisis that will embroil heroes and villains—Masters, Mutants and ThunderCats—in a mind-blowing six-part saga!