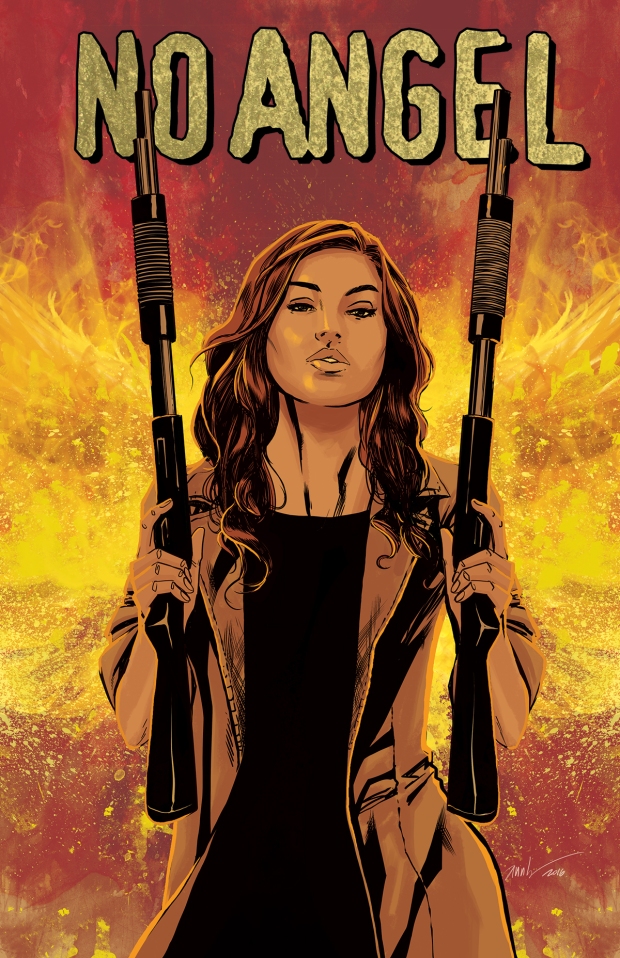 No Angel is actress Adrianne Palicki’s (Friday Night Lights, 2006-2011; Agents of S.H.I.E.L.D, 2014-2016) maiden voyage into the world of comic book creation. Co-written by her brother, Eric Palicki, whose previous writing credits include Marvel’s animated series, Guardians of Infinity, the series follows an Iraqi War veteran named Hannah Gregory as she investigates the murder of her father.

Returning to the small town she left years before, Gregory soon discovers that something insidious is at work. After receiving a strange message from a woman claiming to be her father’s mistress, a reference to a passage from The Bible about the Nephilim, beings born of the “sons of God” and “the daughters of men”, Gregory is followed and attacked by a man with a monstrous agenda. So begins Gregory’s, and our, quest into the supernatural and cosmological world of No Angel.

The narrative moves along steadily, with flashback scenes to the Iraqi War and some quieter moments, such as the post-funeral talk Gregory has with her mother, tinged with subtext after the meeting with her father’s mistress, colouring Gregory’s character. And, let’s face it, it’s utterly fantastic to have a central, realistically independent, and strong female character in a superhero comic. This is a woman who has achieved success in a male orientated environment and can look after herself, and who also happens to be wearing clothes that cover most of her body. Thank you, Adrianne.

Plot points are covered quickly, unfortunately with little subtlety – the note Gregory receives from her father’s mistress leads to a conversation about the belief in, and existence of, angels. The reveal at the end of the first issue is unexpected, blunt and seems almost comedic, which results in the comic overall feeling tonally mismatched from its dramatic and horror elements. However, this may very well be the intention of the creators, especially as the comic has been synopsised as a superhero/adventure series. I look forward to discovering more about Gregory and her arcane world of angels and demons – both metaphorical and physical – in future issues.

The comic also showcases the brilliant artwork of fellow newcomer Ari Syahrazad, which channels the traditional heavy lines and block inks of superhero comics. This is tempered by colourist Jean-Paul Csuka’s warm tones, which adds realism that suits the dramatic backstory and makes the moments of horror all the more unexpected.

If you’re after a superhero tale tinged with cosmological, classic creatures, No Angel is for you. 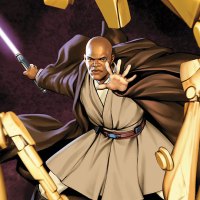