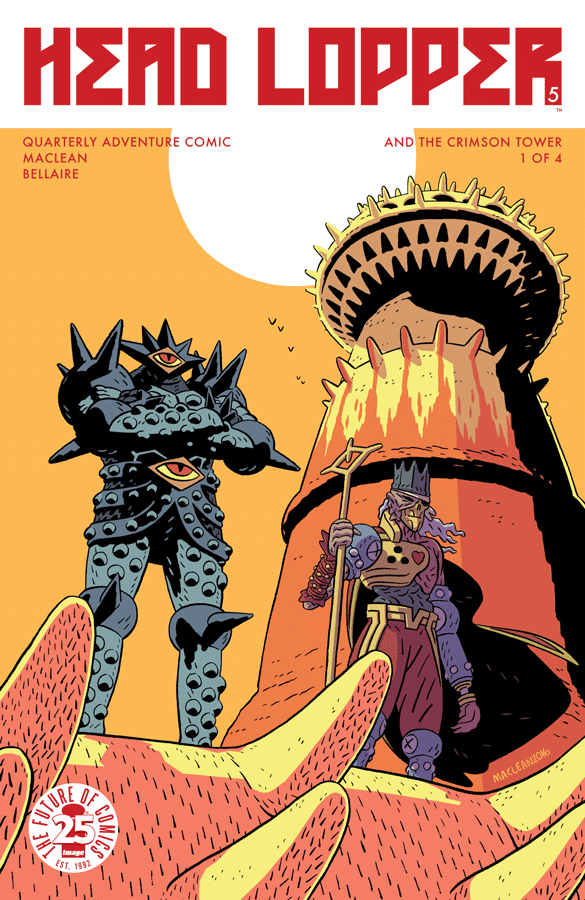 After a painfully long wait, Andrew MacLean’s gloriously unique Head Lopper returns this week with a brand new story arc which sees Norgal (and the severed head of Agatha the blue witch, naturally) travelling to the fabled Crimson Tower, home of Ulrich the Twice Damned, sworn enemy of Zhaania Kota Ka, with carnage and retribution on his mind.

Once again, Head Lopper seemingly takes great pleasure in gleefully subverting any expectations that may be levied at it.  A cursory glance would lead casual observers to assume that this is some light, breezy, “Cartoon Network”-esque fantasy series, when in reality it’s actually a remarkably straight-faced swords and sorcery tale packed with violence, emotion and broad, sweeping story arcs.  There’s humour too, don’t get me wrong, but to dismiss this as a quote-unquote “comedy” in any sense would be doing a great disservice to the effort Maclean has put into creating this rich and intriguing world.

It also doesn’t hurt that the book looks absolutely gorgeous, with a slick, dynamic style that makes every page look like the cover artwork from your new favourite metal album.  Maclean’s stylised approach continues to work wonders here, and his impressively quirky character design is given free reign in the varied and eclectic mix of characters who converge on the Crimson Tower in an attempt to “conquer” it.  Oh, and if that’s not enough, the whole thing is given a little award-winning polish courtesy of the bright and emphatic colours of Jordie Bellaire.  Beautiful stuff.

While Maclean’s striking visual style is always likely to be Head Lopper’s main selling point, this latest arc also shows his impressive growth as a writer, featuring a tight, clean narrative and some compelling fantasy world-building in addition to the usual lopping of heads.  In fact, Norgal himself takes something of a back seat during this first issue as Maclean sets out his stall impressively for the story to come, introducing us to a rich cast of characters featuring both old and new faces.  When Norgal does come to the fore, however, it’s a thing of absolute beauty, particularly during the sea-faring opening to the book where you can practically hear the dramatic, swashbuckling music playing in your head as you turn the pages.

The final pages set things up for the story to come, and with the true horrors of the Crimson Tower seemingly only just beginning, this latest arc promises to be yet another bold, in-your-face and beautifully illustrated chapter of the most metal comic on the shelves today. 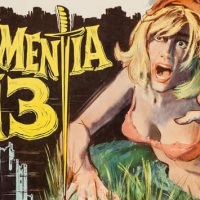