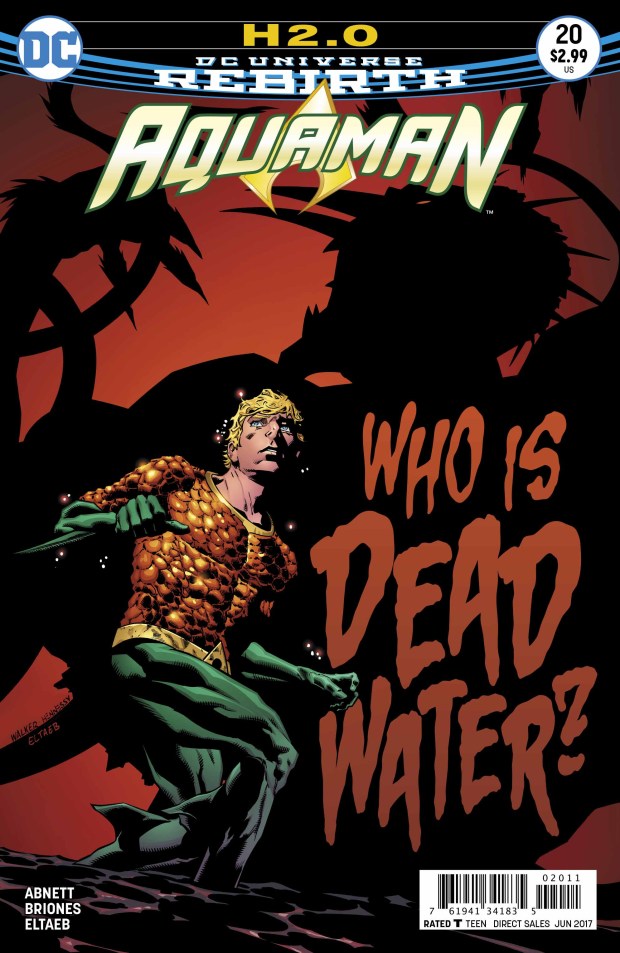 The mystery of “Dead Water” continues in the latest issue of Dan Abnett’s ongoing Aquaman series, and this week’s chapter does a solid job of establishing an atmosphere that almost feels like a superhero-tinged version of Ridley Scott’s Alien as the Aquamarines and Atlanteans find themselves locked in and stalked by a terrifying, seemingly unstoppable foe.

Now, while I definitely appreciate Abnett’s intentions with this latest arc, I can’t help but feel like the inclusion of the Aquamarines in all their ‘Saturday Morning Cartoon’ glory really detracts from the tone he’s trying to build.  The inherent horror of a giant, vicious lizard creature stalking people in an abandoned US Navy Research Station is definitely lessened by the fact that the majority of the “victims” are able to transform into brightly coloured sea creatures at whim, that’s for sure.

That said, there’s an impressive horror movie undercurrent at play here that definitely feels like a fresh addition to this title.  Abnett’s dialogue crackles throughout, capturing the frantic panic in a way that feels natural and keeps the B-Movie cliches to a minimum, and the moments when the Aquamarines aren’t “transformed” helps this feel like a more grounded, tense horror book.

Briones does a solid job with the artwork here, really cutting loose whenever Dead Water makes an appearance and packing a lot of expression into his characters, Scavenger in particular.  It’s a little disappointing that Aquaman actually seems to be the character he’s weakest at drawing (and is probably a bit of a drawback in an Aquamarine solo series, to be honest), but the rest of the crew look great, and the horror beats in the story are nailed with confidence.  One of the recurring knocks on the post-Rebirth Aquaman has been the uneven and inconsistent nature of the artwork, and while that has certainly been a valid criticism at times, things are definitely trending in the right direction over the course of the last half dozen or so issues.

It also doesn’t hurt that Gabe Eltaeb’s typically solid colours give the series a measure of visual consistency amidst the revolving door of artists.  Eltaeb uses a slightly more muted palette this issue, mirroring the claustrophobic nature of the base, and while it’s not quite “dark and moody” by any stretch, it’s definitely dialed down enough to make a noticeable difference here.

The final pages ramp up the mystery even more by throwing a grim little curveball into the proceedings, and while this latest story definitely serves as a noticeable departure from the high-stakes political machinations of the early arc, this still remains a reasonably intriguing underwater horror diversion.  Not quite Aquaman at his finest, but still a thoroughly enjoyable read. 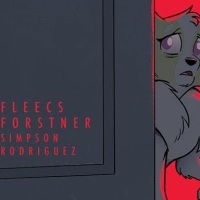 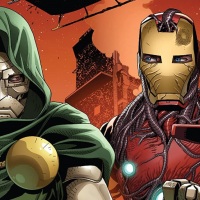 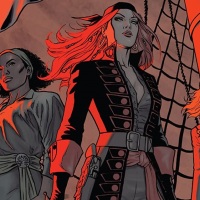