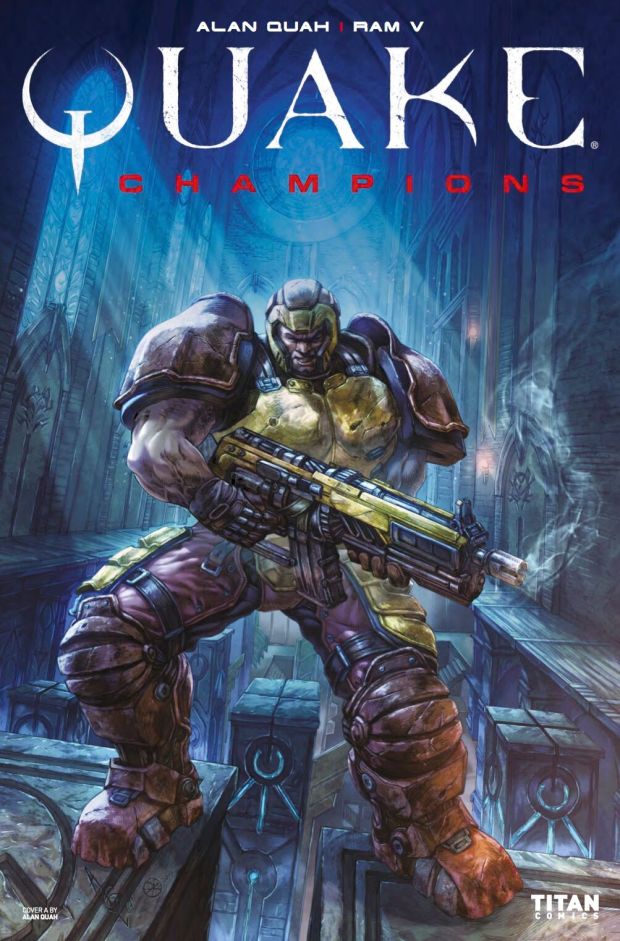 Quake Champions is, according to its sparse Wikipedia entry, a ‘fast paced arena-based shooter’. For those of you who aren’t sure what this combination of words means – hi Dad! – that means that it’s a virtual environment where players can log-in, bounce around like maniacs and shoot at each other with increasingly strange sci-fi weapons.

That is it. That is the extent of its story. There’s some ‘lore’ that’s thrown about, but it is immaterial – almost an admission of guilt, as if the game is so ashamed of itself that it feels the need to justify itself, badly. It’s the goddamn multiplayer element of what was already little more than a rehash of Doom (the developer of both Quake and Doom, id software, have primarily been purveyors of cathartic, gory gameplay, rather than particularly fabulous stories). Do I really need to know motivation of Ranger (who’s the one character you can play without paying in the video game, and the protagonist here) for shooting other dudes? No, not really.

You can thus imagine how this translates into sequential art form. At least, I hope you can. Ram V does everything he can in a vain attempt to create something resembling a narrative out of the hodgepodge of lore elements that he has to work with, but it’s all done a bit too portentously to actually be any fun.

There’s a bizarre contrast here between this effort and the story of the most recent update of id’s Doom. Therein, the story is present for those who wish to find it, but mostly punched in the face by Doomguy with a gauntleted fist, actively inconsequential to his quest to destroy every goddamn demon he sees. If only a modicum of that story’s surprising deftness had made it into this property, this might’ve been a more enjoyable read. As it stands, it’s not even daft fun. Instead, it’s just dreary, a story that inherently neither wanted nor needed to be told, being dragged begrudgingly from its slumber.

There is mild redemption in Alan Quah’s art – albeit coloured by a whole studio rather than a single person. Despite the largely grimdark colours that seem to have been approved in stark contrast to what’s looking to be a delightfully colourful video game, Quah’s pencils and inks are really rather beautiful. There’re some genuinely gorgeous pieces in here – it’s such a shame that they’re not strung together by an interesting narrative.

There’re all sorts of video game narratives out there that are ripe for being mined for decent comic book stories. Titan themselves have proven it with their own mostly successful Dark Souls adaptations. This? This is an error of judgement on both Titan and Bethesda’s part. Heck… this creative team on a Doom comic would’ve been a better idea – and Doom 2016 went entirely unadapted to any other medium, despite its narrative ingenuity. A shame, a misfire, a negative kill/death ratio in comic book form. Avoid. 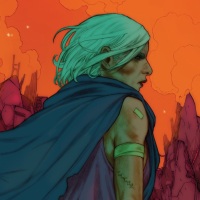 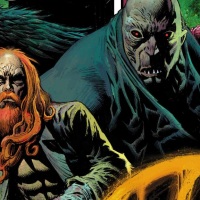