While it has been heavily rumoured and speculated for quite some time, Variety have confirmed that Patty Jenkins has officially signed on to direct Warner Bros’ upcoming Wonder Woman sequel.

Wonder Woman blew away expectations earlier this year, bringing in $409 million at the domestic box office and over $816 million worldwide, both of which stand as records for a solo female director.

Star Gal Gadot has already signed on for the sequel, but the delay in getting Jenkins to sign on the dotted line seems to be a result of her desire to secure a contract that would pay her “the same as a male director would receive after such a box office coup.”  Well, given this announcement, it seems she has done just that, and rightfully so.

Wonder Woman 2 is set to his cinemas in December 2019, but plot details are thin on the ground for the time being (although “cold war” rumours abound online).  Keep your eyes glued to the Big Comic Page for more news as it’s announced. 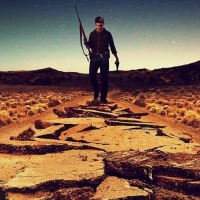