Man this is fun.

It wasn’t unrealistic to look at the early publicity for Dark Nights: Metal and assume that it was going to be… well, dark. It’s DC after all, eh? They’re all about the grim and gritty.

Not anymore, they’re not. Since the glorious success that is Rebirth (seriously, how many good books are they cranking out? It’s insane.) DC Comics have realised why we all read superhero comics.  Hint – it’s not to be depressed about the state of humanity, it’s to be entertained, and that’s exactly what they’re up to with Metal.

Right from the start, this is *relentlessly* fun. Like Temple Of Doom-level relentless. Opening with the JLA and assorted other heroes (Zatanna, Blue Beetle and even John Constantine) pursuing Batman across the world, with the Dark Knight detective staying one step ahead of them by getting allies like Clayface and Nightwing to pose as him.

Tearing across locations like Gorillas City, The House of Mystery and the Amazon Rainforest (that’ll be the Parliament of freakin’ Trees!), Snyder takes us on a mini-tour of the DCU at breakneck speed and you just can’t help sitting there with a huge grin across your face.

It all comes to a head in the Valley Of Kings, with Batman breaking into the Tomb Of Prince Khufu (sort of) accompanied by none other than Dream of The Endless. Yes, really.

From then on in, there’s one great moment after another.

Batman holding off Superman and Wonder Woman with Baby Darkseid in a bjorn and Hawkman’s mace? Glorious.

Morgan le Fay’s instant classic line of “You will take the astral brain of Anti-Monitor and fire it through the core of the multiverse at the Rock of Eternity. It has been decided.”? Magnificent.

The appearance f a Justice League made up of evil Batmen from the Dark Multiverse? Proper punch-the-air moment.

If there’s one thing you can take away from Metal it’s how much fun you can tell Scott Snyder and Greg Capullo are having creating it.  Snyder is throwing everything he can at it, one great, crazy idea after another, with each one a perfect reminder of why we all love comics in the first place.  As for Capullo, this is being written very deliberately to play to his strengths – all kinetic action and fluid motion. He’s having a blast here and the result is some of the best work of his long career.

With the amount of huge stories pumped out by the big two, it’s easy to get event fatigue, but Metal is so much more than another event. It’s absolutely, 100% essential for anyone who likes good comics. 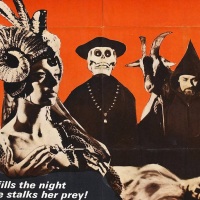