The latest chapter in the second part of James Tynion IV and Eryk Donovan’s Apocalyptic Trilogy sees us jumping two-hundred years ahead to explore the impact of the shocking revelation at the end of the first issue.

However, rather than the bold, utopian vision that scientist Cyrus Crane had in mind when he altered humanity’s DNA in the wake of the Mississippi Delta Virus, what we have instead is more of the same division and inequality that he sought to avoid.

Society has now evolved to the point where the percentage of the population who proved to be immune to the eugenesis vaccine live in slums dubbed “Pariah Cities”, with only the vague hope of one day being used as genetic material to be bred into the numan master race keeping them going.

Tynion is clearly taking great pleasure in digging into the more twisted aspects of human nature, and while it’s more than a little worrying just how believable it all feels, there’s still a real sense of emotional investment at play here. However, rather than a lot of stories where this connection is based around a particular character or chief protagonist, with this series, Tynion makes sure that the reader is invested in the fate of the remaining human population as a whole – no small feat, I’m sure you’ll agree.

Visually, the artwork from Donovan and colourist Dee Cunniffe works on a couple of different levels. Firstly, the pair do a stellar job with the Pariah City itself – a run-down yet undeniably futuristic city that has fallen into utter disrepair and feels more like a graffiti-covered prison camp than a vibrant utopia.   Secondly, the mutations of the human “volunteers” that we get to see in the final pages are equal parts harrowing and tragic, evoking an odd mixture of revulsion and pity as we finally see the true horror of the numans’ “Northern Reserve”.

The final pages are packed with energy and raw emotion, with an utterly shocking denouement which will hopefully serve as a catalyst for some significant change by the time we get to issue three (again set to be two hundred years further down the line)

For me, the best sci-fi is always the kind that impacts you viscerally in the first instance, but then lingers in your mind long after you’ve walked away from it. And in that respect, Eugenic hits the sweet spot beautifully.  It’s dark, troubling and thought-provoking science fiction of the highest order, and comes with my strongest possible recommendation 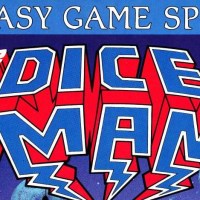