We’re getting more than a little festive in the world of Charles Soule and Ryan Browne’s Curse Words this week, with artist Mike Norton tagging in for Brown for a one-shot story filled to the brim with holiday cheer. Well, sort of.

Set before the events of the main series, this Holiday Special takes us to the Hole World as we discover just how Wizord, Sizzajee and the other wizards used to celebrate the festive season. And yes, it’s every bit as bonkers as you’d expect.

The story itself is fairly straightforward – or as straightforward as the world of Curse Words gets, anyway – with the festive “Meatmeet” taking the form of a wild animal hunt where all the wizards compete to earn the “Meatmeet Seat” as well as Sizzajee’s favour (for a year, at least). There’s a little more to it than that,  albeit not much more, with the bulk of the issue serving as a fun, flimsy diversion that gives us a glimpse of some of our favourite characters before we really knew them.

It’s an enjoyable, self-contained story, and a great excuse for Norton to draw some utterly crazy stuff – which, if we’re being honest, is all the justification this comic really needs to exist. With giant mutated animals and all sorts of underhanded wizardry, the Revival and Battlepug creator is given ample opportunity to really cut loose, with some suitably vibrant colours courtesy of Addison Duke and Ryan Browne really helping his creations to pop.

If you’re a fan of the ongoing series then this will be a brisk, enjoyable read. It’s far from essential reading though, and doesn’t really play into the main story in any significant way.  There’s a little insight into the formative moments of the somewhat chaotic (to say the least) relationship between Wizord and Ruby Stitch, and a look at some dearly departed ex-wizards, but if you’re all about the main ongoing series then you’re really not missing out on anything by skipping this one, save for a lively, enjoyable tale.

With bright, manic visuals and the distinct brand of crazy that has become synonymous with Curse Words over the last year, this Holiday Special is well worth a look if you like your magic sprinkled with a dash of day-glo insanity. It’s also pretty much worth the cover price alone just to see Sizzajee in a Christmas jumper.  Happy Meatmeet, everyone! 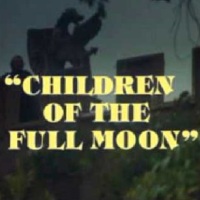