After an intriguing opening issue, Gravetrancers returns this week with Mark L. Miller and James Michael Whynot digging a little deeper into the twisted world of ingesting human remains to evoke a dizzying high.

Once again, Miller provides us with some real-world ‘examples’ of the (hopefully fictitious) phenomenon in the book’s opening pages, including Descartes and Keith Richards, which inserts a tongue-in-cheek believability to the premise of series.

It’s safe to say that things deteriorated in a rapid fashion for siblings Anthony and Maribel in the first issue, with the latter being seemingly suffocated to death in the belly of a grotesquely overweight man and the former, partially blinded and suffering the potent effects of the corpse-based drug, barely managing to escape into the surrounding graveyard.

Miller embraces the B-Movie conceit of his story with gusto here, cramming the pages with deeply unsettling antagonists and terrified victims who lurch desperately from one horrific situation to the next.  Almost every line of dialogue is seemingly tailor-made to evoke a feeling of unease in the reader, particularly once rookie cop Veloz shows up in response to Maribel’s dropped 911 call, ending up as more meat for the grinder in the process.

The highlight of the first issue was unquestionably the brief hallucination scene near the end, with the artistic partnership of Whynot and colourist Dee Cunniffe combining to illustrate a terrifying, neon-hued acid trip as Anthony had the unnatural high inflicted upon him.  Thankfully, that effect is drawn out here significantly as we find Anthony battling against his own hallucinations in a terrifying sequence set in the caves beneath the graveyard, and it’s these moments in particular which really play into the true selling point of the book – namely, the artwork.

You’ve heard of body horror? This is drug horror, baby.

The introduction of instantly likeable Veloz adds an exciting new piece to the board, evening up the numbers somewhat in the battle between ‘normals’ and ‘freaks’ – even if she doesn’t fare particularly well here.  It’s also still a little difficult to work out exactly where this series is going, although the final page hints at some sort of comeback on the horizon for the victims.

Regardless of what’s still to come, there’s no denying that this second issue shows a marked improvement on the first, leaning into the terrifying nature of the drug-induced hallucinations in a move that really helps to showcase the distinctive skills of its artistic partnership.  And at the end of the day, whatever Miller, Whynot and Cunniffe have in mind for the remainder of this series, it’s safe to say that Gravetrancers has me well and truly addicted, to the point where I simply have to know what happens next. 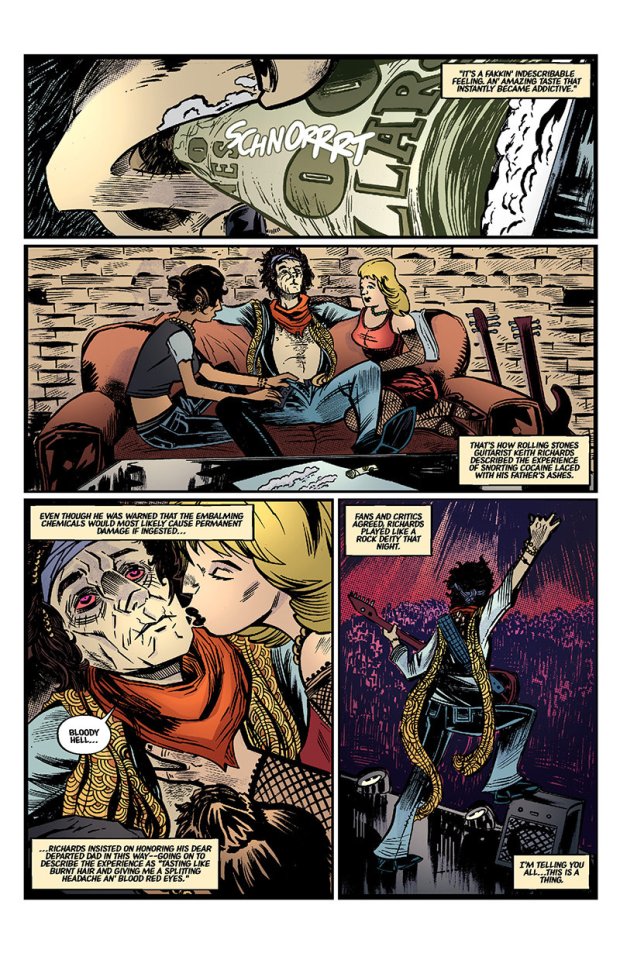 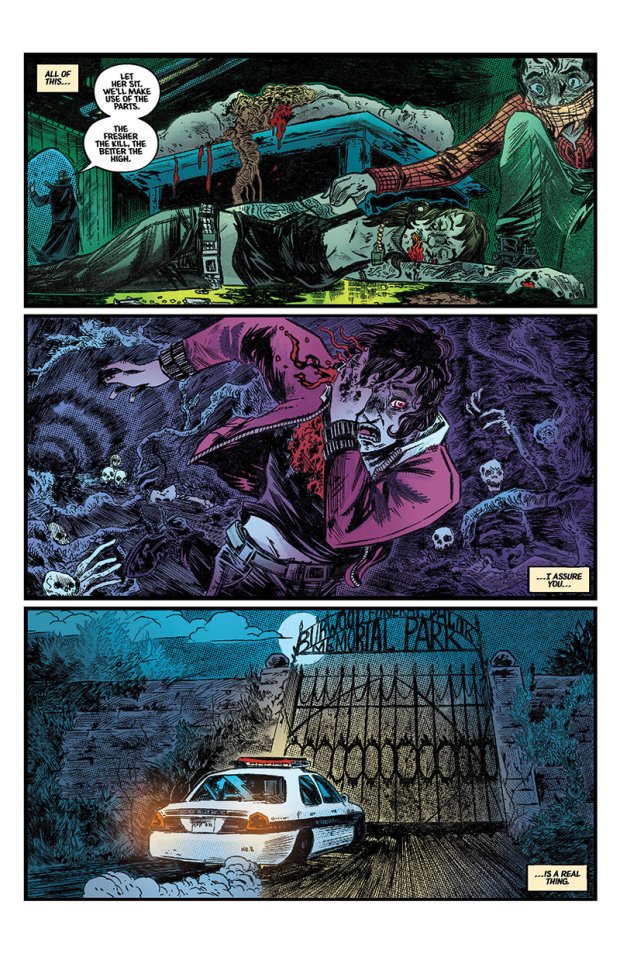